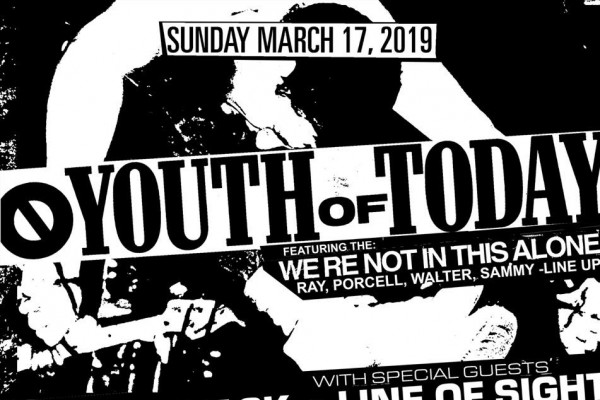 Youth of Today recently announced a Brooklyn show where they would perform in their We're Not in this Alone lineup. That sold out very quickly, so they've announced an additional show. The additional show will be at Saint Vitus on March 16th. No Tolerance, Mil-Spec and Outskirts will open that show. The sold out show is March 17 at Brooklyn Bazaar. Openers for that one include Shark Attack, Krimewach, Line of Sight, and Glitterer.