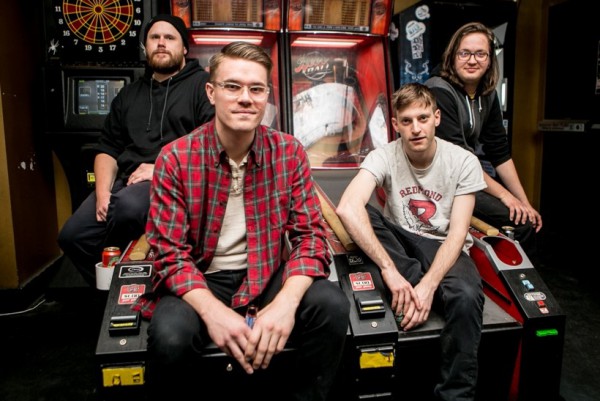 Toronto's PUP stealthily announced their third full-length this past week, sharing news of the record via an advertisement in the recently distributed second volume of their fanzine. The group's next album will be titled Morbid Stuff and is due on April 5. The zine also included a flexi-disc featuring a new song titled "Kids." You can now preview that track online.

PUP recorded for their third LP at Toronto's Union Sound Company last spring with producers Dave Schiffman (Thrice, The Bronx) and Darren McGill. They last released The Dream Is Over in 2016 on Royal Mountain Records and SideOneDummy, garnering them a SOCAN Songwriting Prize and a Polaris Music Prize shortlist spot in the process. Rise Records will be handling the new release in the States, with the band's own Little Dipper imprint carrying it in Canada. You can check out the 11-song track lising for Morbid Stuff below.

Tours: Balance And Composure (US)