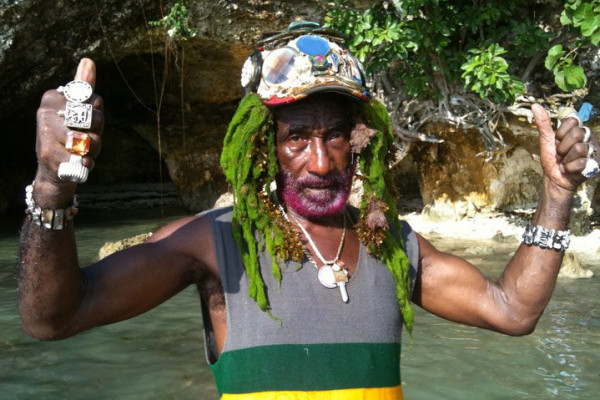 Today, the legendary Lee "Scratch" Perry turns 83 years old. He's on tour in Europe right now, having just completed a USA tour where he celebrated the Blackboard Jungle album. Here's a review of the recent show. As you may know, Perry is one of the most important influential producers/artists of all time, having invented, or at least helping to invent dub, remix, and reggae. He produced artists including Bob Marley, Peter Tosh, the Congos, the Ethiopians, Susan Cadogan, Junior Murvin, Max Romeo, and many more. He has recorded at an astounding pace, having released around 50 albums (not including his thousands of productions), and has recorded with The Beastie Boys, Andrew WK, and Ari Up. Meanwhile, a new album recorded with Adrian Sherwood is out later this year. Hear some of his iconic tracks below.

Streams: Down By Law: 'Redoubt'