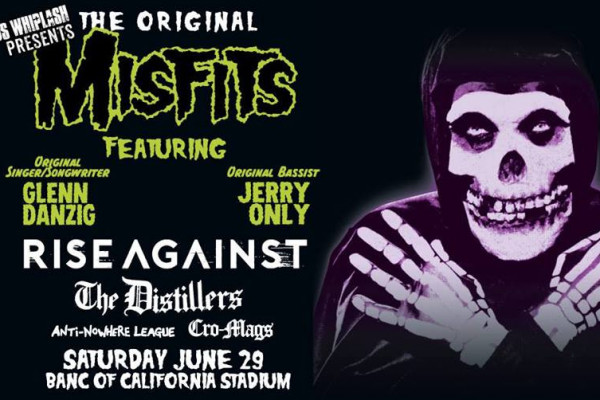 The reunited Misfits have announced an LA show, which will feature Glenn Danzig and Jerry Only. Neither Doyle nor Dave Lombardo have been included in promotional materials, but the previous shows have taken the same approach. So, presumably, Doyle and Lombardo will also play the gigs. Rise Against, The Distillers, Anti-Nowhere League, and Cro-Mags open. The show is June 29 at Banc of California stadium.

Ellen and the Degenerates to end in June