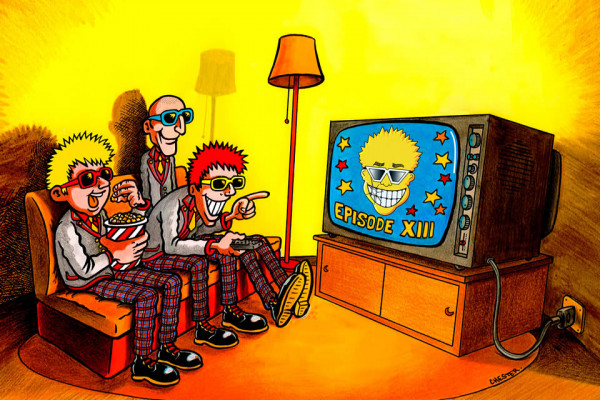 Iconic British pop-punkers The Toy Dolls are releasing a new album. The album is fully recorded and is called Episode XIII. The lead single and video will be called "Richard Clayderman's a Creep." The band describes the work as "The album will be centered around a TV show (hence the title "EPISODE XIII") with the tracks "Previously" and "Until Next Time" taking their inspiration from TV cop show types. There’s even a news flash before "The Laptop Lifter"! There will be a video of one of the songs over the coming months, so watch this space!"