Back To School Jam announce initial line up 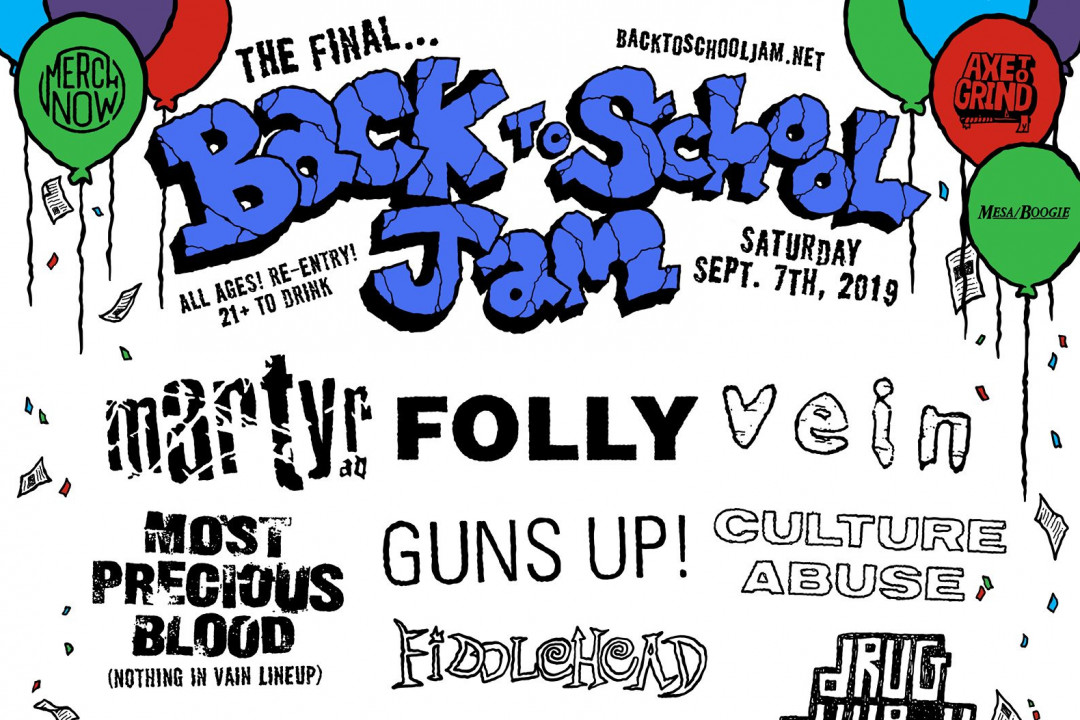 New Jersey based hardcore festival, Back To School Jam has announced their initial line up for their 2019 event. The festival have also announced this year will be their final jam. Martyr A.D., Folly, Vein, Most Precious Blood (Nothing In Vain Lineup) and much more have been announced to play. More bands to be announced on July 25th. The event will be happening on September 7th, 2019 at White Eagle Hall in Jersey City, New Jersey. Tickets are on sale now, see below to view the line-up.

Amoeba says it's not leaving LA