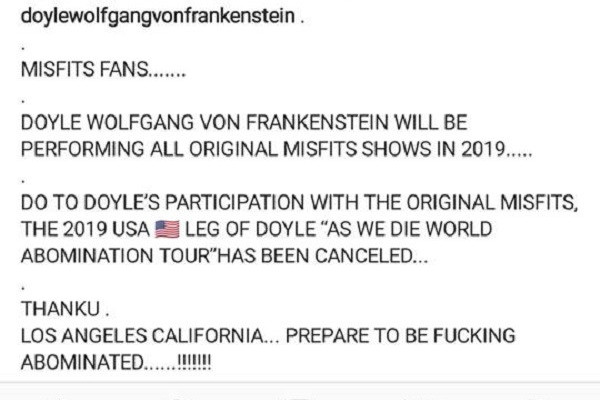 Since the reunion of the "Original The Misfits shows, the band has been somewhat vague about whether guitarist Doyle would play any particular reunion show, leaving his name off most billings and not mentioning his presence in press releases. Even Doyle himself has been somewhat mum on the issue from time to time. Well, today Doyle made it clear that he's playing all Misfits shows on calendar for 2019. ex-Slayer Dave Lombardo is expected to be on the drums and Acey Slade will likely be on second guitar. The band has a few west coast shows planned for Fall 2019 and nothing seemingly planned for after that.