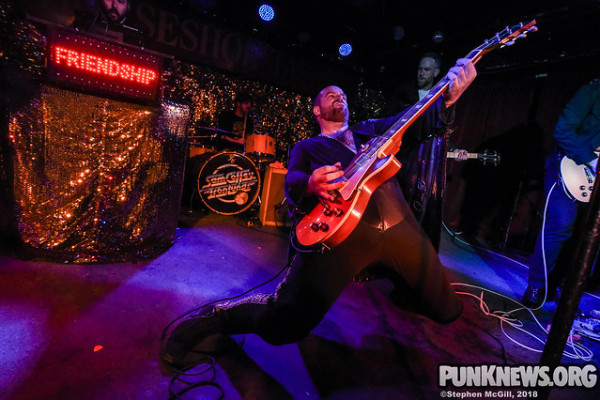 In early June Toronto's Sam Coffey & The Iron Lungs played a triumphant hometown show at legendary Horseshoe Tavern with support from the celebrated glam-pop act Nyssa. Our photographer Stephen McGill was there to catch shots from both performances. You can find his photos below.

Sam Coffey last released the full-length Sam Coffey & The Iron Lungs in 2017, and most recently shared a single titlted "First Time." Nyssa's supporting a pair of powerful new singles, "Hey Jackie" and "I Don't Wanna Live on the Moon (Without U)." Both of which are expected to be part of her next record.

Beach Slang is in the studio