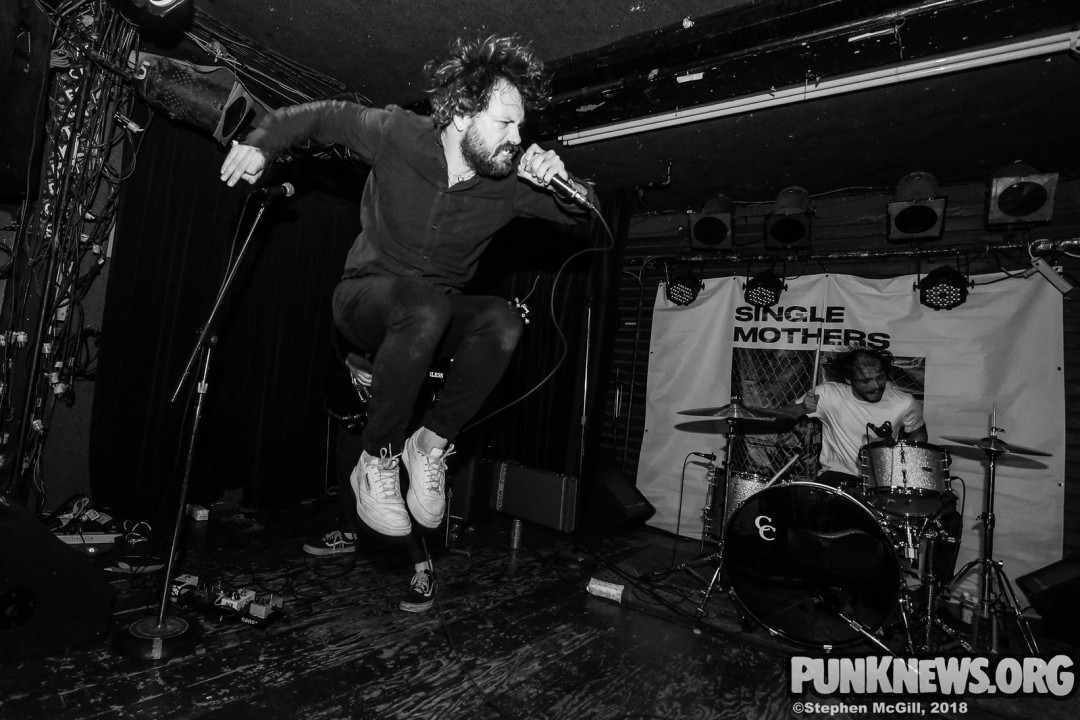 Last month Drew Thomson's caustic punk gang Single Mothers played the Rivoli in Toronto in support of the recent Through A Wall LP. They were supported at the show by London, ON power-duo Heart Attack Kids and Welland singer/songwriter J.R.. Our photographer Stephen McGill was there to catch all three bands. You can find his shots below.