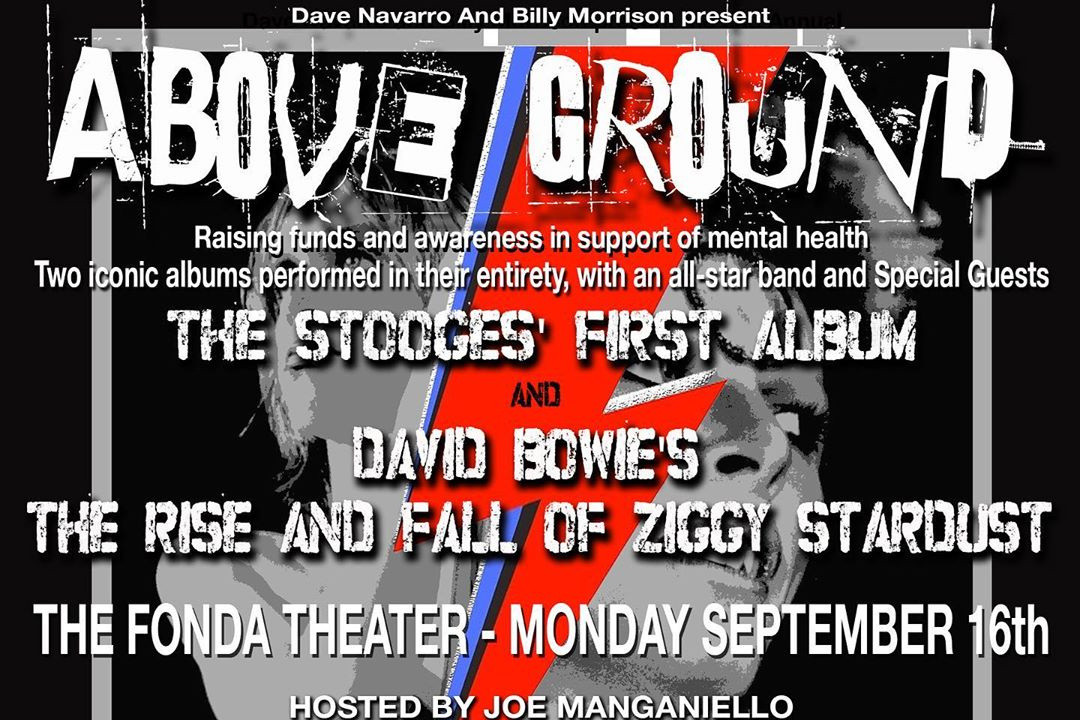 Billy Idol guitarist Billy Morrison and Dave Navarro are in their second year of their "Above Ground" music series where they call up a bunch of their friends and cover classic albums in order to benefit mental health programs, including Recording Academy’s nonprofit MusiCares charity. This year, the pair and a bunch of pals will be covering all of David Bowie's The Rise and Fall of Ziggy Stardust and the Spiders from Mars album and The Stooges debut LP. This year, the band will include Dave Navarro, Billy Idol, Perry Farrell, Wayne Kramer of MC5, longtime Billy Idol guitarist Steve Stevens, Billy Morrison, Cult guitarist Billy Duffy, Steve Vai, Gavin Rossdale, Juliette Lewis, Bowie collaborator Mike Garson (who was in Spiders from Mars), and more. The event is September 16 at Fonda Theatre in Los Angeles.