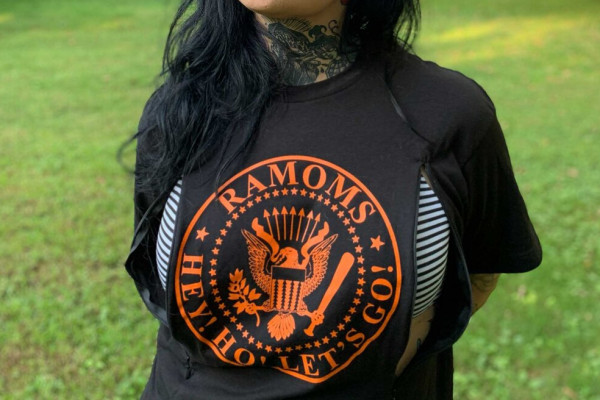 Ramoms, the band of all-moms that play all Ramones tunes, have released a t-shirt that is designed to make breast feeding a snap. The shirt is being released in conjunction with motherhood supply company And Out Come The Boobs and is out this Fall. By outwards appearances, the shirt looks like a normal t-shirt. However, it has zippers on each side so you can breastfeed in public while wearing a punk rock tee. AOCTB co-owner Hannah McFaull stated in a release ‘We’d been wanting to work directly with a band for a while and partnering with the Ramoms is a no-brainer. Not only are they a great band with catchy versions of songs your love, but they are all people you want to have a beer with at a show”