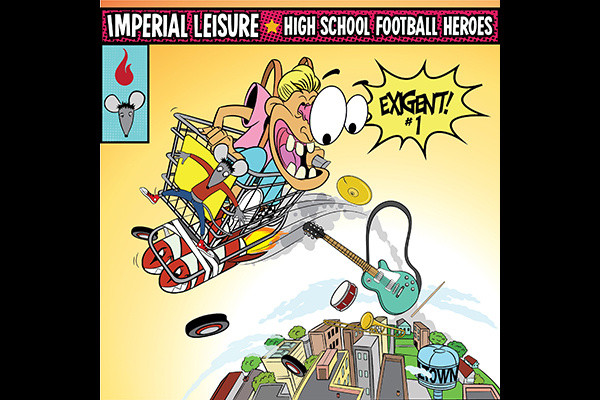 London's Imperial Leisure and New York's High School Football Heroes have released a split-single. Available digitally as well as a limited-edition vinyl (in partnership with Paper + Plastic), the release is the premier entry in a series by Exigent Productions, a niche label which plans to solely release split albums between bands and musicians from different countries.

In addition, both bands have released a music video for their respective tracks, which you can check out below.

Dark Thoughts to release new 7-inch, LP #3 out in January