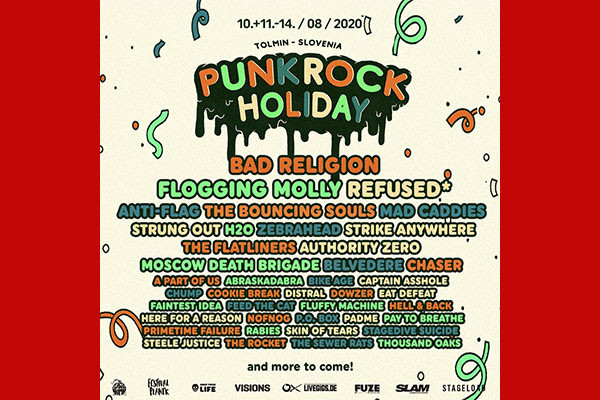 The annual Punk Rock Holiday festival in Tolmin, Slovenia has announced the first major batch of acts. Including in the 10th anniversary for PRH is Bad Religion, Flogging Molly, Anti-Flag, and Strung Out. Up-and-coming acts like Thousand Oaks, Dowzer, and many others will also be participating.

This year's iteration will also feature an early-arrival show the day before the main event kicks off, featuring The Refused, and other acts TBA.

Tours: No Fun At All/ Satanic Surfers (EU)