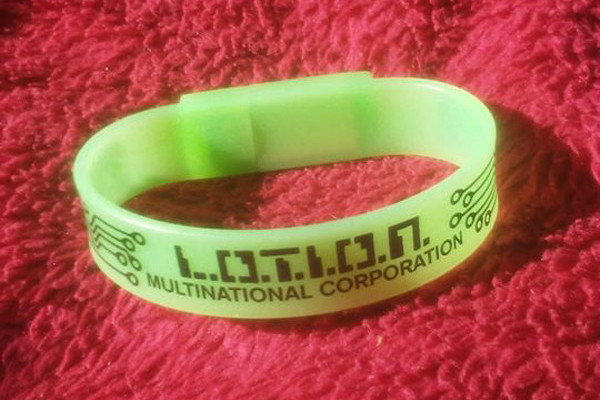 Crust-synth punkers L.O.T.I.O.N. have released a new compilation as a USB bracelet.. The release, which is untitled, includes the bands entire discography, including their last album World Wide W.E.B. , their first album, their first album Digital Control And Man's Obsolescence, as well as various splits, single, and demos. The release looks like a bracelet but an be opened to reveal a USB jump drive that includes all the band's digital files.

On a related note, on Saturday at their Asbury park show opening from Strike Anywhere, the band stated that they will be releasing a single on Sub Pop. We'll keep you updated.