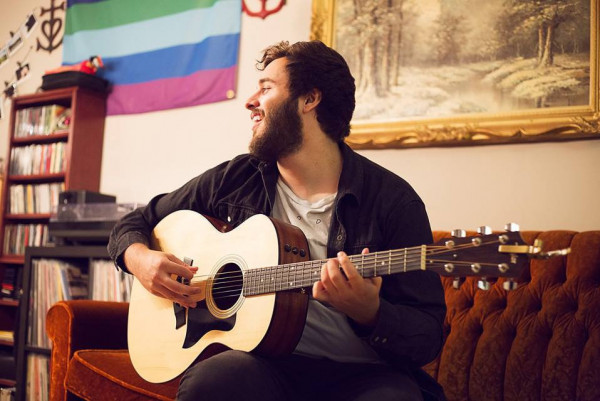 With more than 500 shows with his pop-punk outfit Lost Love under his belt, Guilhem Benard's finally launching his first solo full-length. Billed as the mononymous Guilhem, the singer/songwriter is releasing Born & Bored independently on March 2. The Montreal-based artist is following up a pair of earlier solo EPs, 2017's Sings Songs of Lost Love and 2018's Bad Art. You can stream the 10-song record, recorded as a full-band, in its entirety now at Bandcamp.

In this album, I talk about stressful stuff, hopeful stuff, depressing stuff, death and love. The excitement of feeling young and the disappointment of being bored.

Guilhem will support *Born & Bored* with a March and April tour of Quebec and the Maritimes. You can find the full routing below. Lost Love last released the EP Glenn Spaghetti Legs [EP] on Germany's Uncle M Records. It followed the band's 2019 Stomp Records LP, Good Luck Rassco.