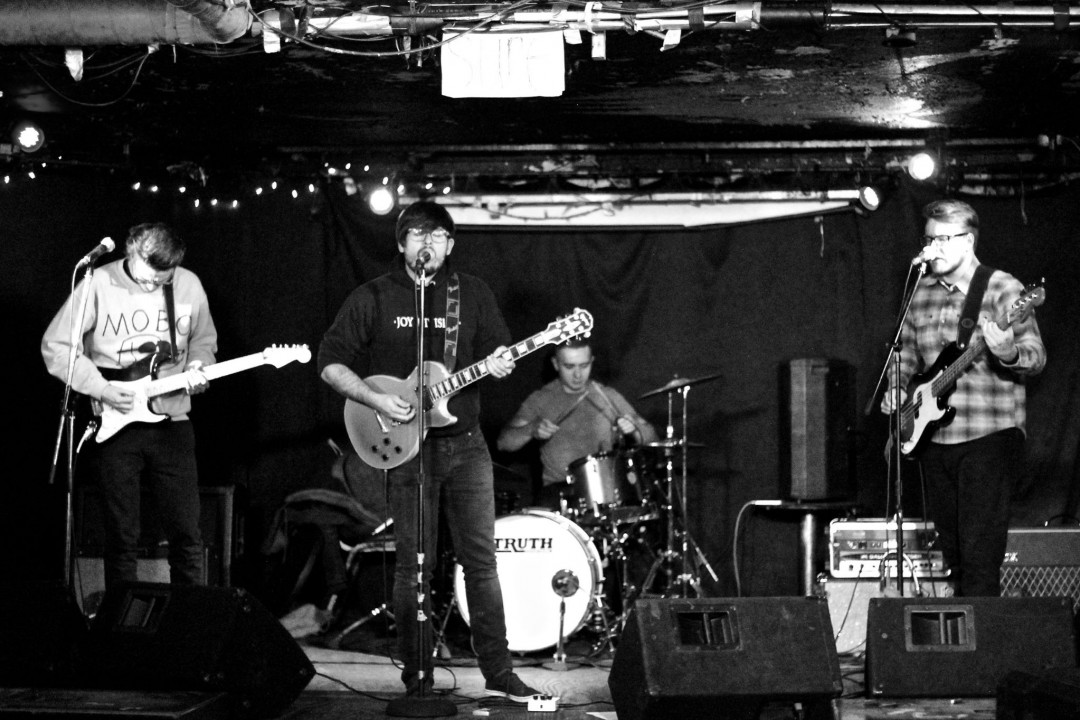 by Adam White Music 2 years ago

We're thrilled to bring you something fresh and fun today, if for no other reason to give you some momentary reprieve from all the dread and uncertainty looming over everything. Rawls Royce is a four-piece with members based in Toronto and Kitchener-Waterloo, Ontario. The band's gearing up to release their third EP, Llarold, on April 3. If you find yourself shouting along with those huge cathartic anthems from the likes of PUP, Against Me!, or Jeff Rosenstock, you'll find a lot to love on these four tracks. Check out the record's raucous first single "Elon (Take Me Home)" below. It's a dynamic (and danceable) rallying cry that snidely tackles, in the band's words, "the late-capitalist narrative that techno-oligarchy can save us from climate change and isolation."

Rawls Royce first released Anarchy, State, and Fruitopia in 2016, following it with And So On in early 2018. The band recorded Llarold at the Watershed in London, Ontario with Eric Altomonte engineering and mixing, with Tesseract's Alec "Acle" Kahney mastering. In the press release the group comments on the album and their overall approach:

We're proud of this one, folks (mostly of the album art, which features Cam and Cindy's lovely english bulldog Llarold in a bowtie). Notably, we finally got Johnny to play the quintessential punk beat, we dunk and dance on Elon Musky, and we have TWO whole time signature changes. There is some growth in the songwriting, but, don't worry - there are still lots of whoas, and every song is more or less written to be yelled in drunken unison at a pub or in a dingy basement.

With a vague leftist vision and no drive for commerciality, we wear our heart on our sleeves. Our music is political, but doesn't shy away from reminding listeners how close they are to dying in a beer covered sweater. It's punk rock for people who know their lives are going to be worse than their parents and just want to hold on to what they had. It's a band about getting drunk on Sunday night and holding yourself together for work Monday morning. Rawls Royce is a big mess."

Rawls Royce features Mitch McGowan on guitar and vocals, Kyle Heibein on vocals and bass, Will Roelofs on vocals and guitar, and Johnny Caldwell on the drums.