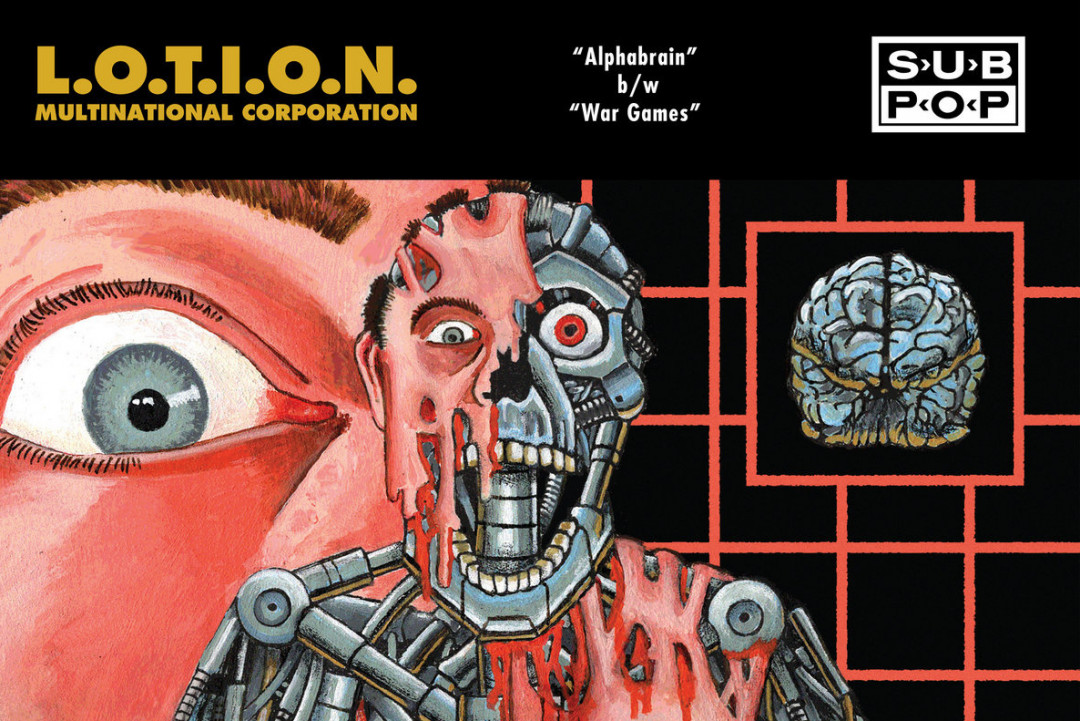 L.O.T.I.O.N. are going to release a single via the Sub Pop singles club. The single has two singles- "Alpha brain" and "War Games." Although the physical pressing of Sub Pop singles are delayed due to Coronovirus, you can hear the digital version below. The band last released Electric Meat Slicer [Flexi] , earlier this year.