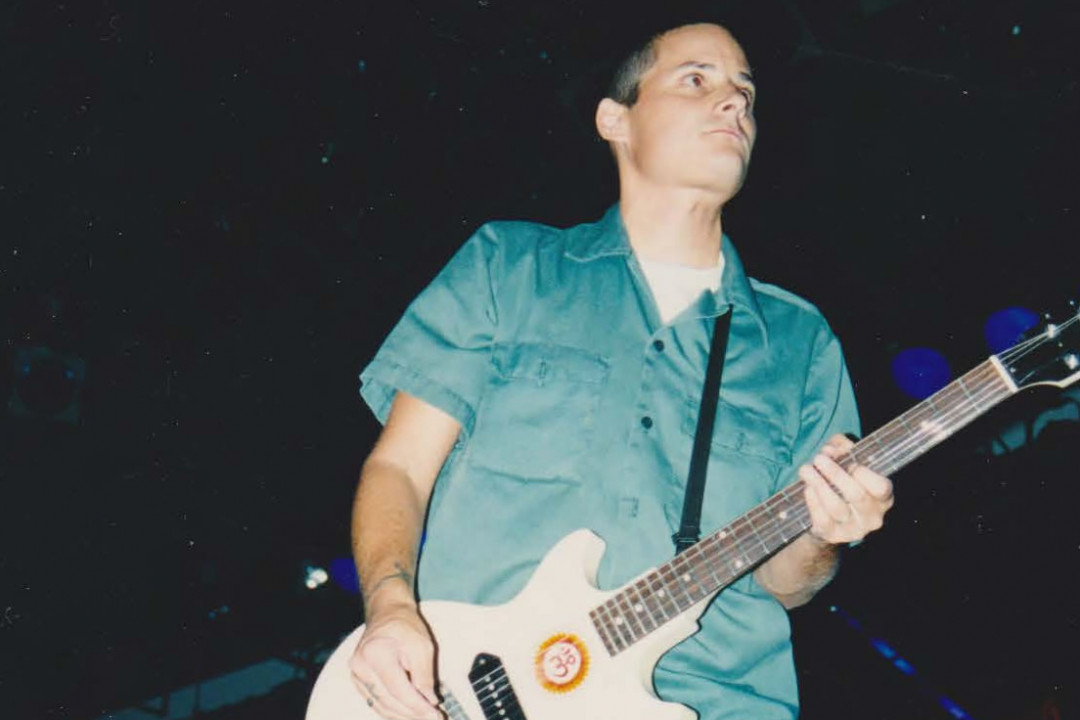 Today marks the 25th anniversary of DFL's Proud to Be LP!

When the album was originally released, the band had just migrated from the Beastie Boys' Grand Royal label to Epitaph, and were ready to cut an album that, while quickly recorded, became one of their definitive statements. Released at the height of pop punk slickness, Proud to Be was a rough, raw, ragged hardcore record. While it threw back to the damaged geniuses of the late '70s and early '80s, the record sounded distinctly fresh when it was released. The strange thing is that the record rocks so hard that it sounds timely, or even timeless today. This record kicks!

To that end, Punknews' John Gentile spoke guitarist Monty Messex about the album and its meaning to him today. You can check out the record here and you can read the interview below!

Looking back on Proud to Be, what does the record mean to you now? It’s crazy that it’s been 25 years since Proud to Be was released. Damn, I feel old! You know, it was really special time. We had just signed with Epitaph after being on Grand Royal. Punk was blowing up! The Beasties were at the top of their game. We were recording at the legendary G-Son studios with Adam Horovitz and Mario C producing. What it means to me: gratitude.

Can you describe what the recording sessions were like? It was super chill. We recorded everything live to the Beastie’s vintage 24 track. We’d record a song; pick the best take and move on – we tried not to over think things. Mario and Adam’s mix was pure old school genius. Brett G from Epitaph was super supportive of what we were doing, so that was cool.

When writing Proud to Be, did the band have any particular mandate or perspective as to what they wanted the record to be? As a kid growing up in the LA punk scene, I cut my teeth on bands like the Germs, Black Flag, Circle Jerks, Adolescents, TSOL, Wasted Youth, and China White. Those bands had a huge impact on me as a musician. I was obsessed with Bad Religion’s How Could Hell Be Any Worse. When we started working on Proud to Be, in the back of my mind, I was thinking of that record. I wanted people to listen to DFL and be like fuck sounds like it was recorded in ’82.

During the era of Proud to Be, the band played with many bands that aren't traditionally hardcore, but are somewhat influenced by the genre - Sublime, Slayer- do any of those shows stand out? So many great memories from 90s playing with Sublime, Pennywise, Sick of It All, Voodoo Glow Skulls, and the Beasties. But I think my favorite memory was from the Undisputed Attitude tour. Slayer booked all these super small clubs like the Whiskey and Bottom of the Hill. We’d play our set in these packed clubs and the crowd wouldn’t clap or tell us to fuck off or anything, they’d just scream SLAYER in between every single song!!

DFL has fast angry tracks, but the music often has a sense of fun in it. Was this by design? I don’t know why but we’ve always kinda kept things tongue in cheek. I mean one of my favorite songs is "Pizza Man." We played a show with Rancid and Sick of It All in ‘94. On the flyer they called us “those merry pranksters.” I can’t go into details, but we definitely pulled some pranks.

Where were you at mentally during the writing and recording of Proud to Be? It was a kinda weird time for me. I wanted to stick with Grand Royal, but that didn’t work out. Brett was into DFL and so we signed with Epitaph. I didn’t really know what to expect from Epitaph, but it turned out to be great move. Once we started writing the record, everything just kinda came together.

What are you most proud of on the album? You know the record has stood the test of time. To me Proud to Be sounds as good today as it did 25 years ago, maybe better.