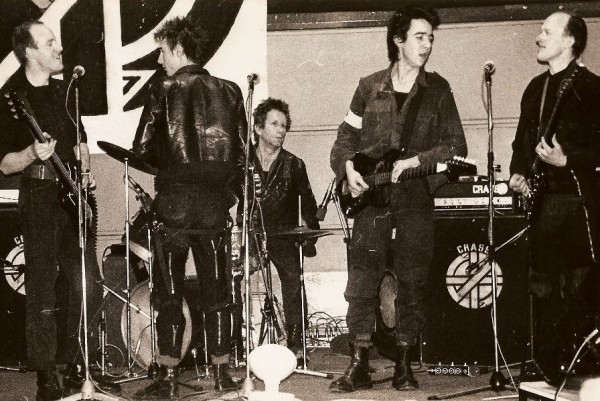 Crass have announced a series of reissues that will be called The Crassical Collection. The reissues will be made up of remastered versions of all six of their studio albums, Stations of the Crass (1979), The Feeding of the 5000 (1978),Penis Envy (1981), Christ: The Album (1982), Yes Sir, I Will (1983), and Ten Notes on a Summer’s Day (1986), as well as their 1986 compilation album Best Before 1984. The reissue will also contain unreleased tracks, new posters, new artwork by Gee Vaucher, and a lyric booklet and linear notes. Each of the six albums will be released on CD as two disk sets with the first disk containing the remastered version of the album and the second disk having rare and remastered studio tracks. The albums were remastered by Alex Gordon and Penny Rimbaud at Abbey Road Studios. The Crassical Collection is due out October 2 via One Little Independent Records. A previously unreleased version of “Sheep Farming in the Falklands” has also been released. Check out the song below.

Exclusive Videos: Weird Skin: "Out Of My Orbit"