Joe Keithley on the inspiration behind D.O.A.'s new video, corruption, and Trump 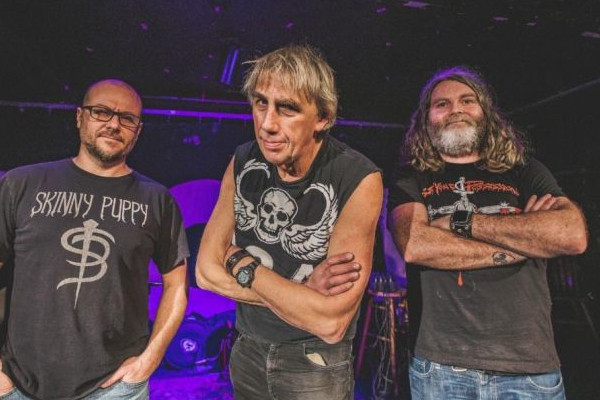 Earlier this year, D.O.A. released Treason, an album that directly addresses the upcoming U.S. Election. Pretty much every track, like "All the rpesdient's men," "Treason," and the "Fucked up Donald" re-cut directly comment on the great orange one. There is a lot on the line, people. To that end, Punknews' John G spoke to D.O.A. frontman Joe Keithley about the album, the video for "All the president's men," and Trump. Check it out below.

Is there more corruption in North American governments than in previous generations, or is it just more prevalent? There's always corruption in politics. I know it's a lot more out in the open now due to technology, but it sure seems like there is more than previously.

Joe, you are involved in politics at the local level. At a previous job, I interacted with a good deal of local and even Federal politicians. I was somewhat distressed to learn, at least from my perspective, how many different donor leashes politicians were on, and moreover, how few of them really seemed to be involved in politics for the right reasons. Has this been your experience?

Fortunately this has not been my experience, as a member of the BC Green Party , we can not take donations from corporations or unions and we have managed to make that a law here in BC. In my city of Burnaby, (population 250,000) I managed to get elected on a budget of $9,000, my opponents spent $600,000. So in my case "people power" worked. But on Canada's Federal level of politics, most of the major parties like the Liberals, Consevatives and the NDP are beholden to special interest groups.

In your opinion, why has Trump been so effective in getting support from his base? A few reasons, for one he has using Nixon's "Law and Order" playbook, and that's been effective at scaring people. His economic pitch from four years ago to middle age and older white Americans, he is still using that effectively, even though that demographic is no better off, in fact maybe worse off than they were four years ago. Most bizarrely he has used the Covid mask issue as a wedge issue, consequently and sadly you could say he is completely responsible for the majority of Americans who have lost their lives during the pandemic.He has also managed to get a lot of people to ignore the Russian interference in American democracy.

Does Trump represent an anomaly, or is he a symptom of a bigger problem? Bigger problem for sure, you just have to look how fascism took root in Europe in the 1920's and at modern examples of fascism all over the world from China to Russia to Iran. There are many other countries that are working their way there as well like: Hungary, Poland, Brazil and the Philippines to name a few.

You are famous for your phrase "talk-action = 0". Do you think the recent Black Lives Matter movement, which resulted in direct change, demonstrated this perspective? Yes I do. Sadly it took George Floyd, Breonna Taylor and many others losing their lives to spur this renewed movement for equality. It shows that people can make real and positive change, but the battle is far from over.

To that end, how effective is punk music as a mobilizing force for actually causing change? Thanks for bringing that up. From day one, regular people always ridiculed punk rock for being merely nihilistic and ineffective, but the punk credos: of DIY, thinking for yourself, questioning authority and taking action when no one else would, has been really successful and influential in our society. Many times punk have been ahead of the times and stood up against: racism, war and worked to promote women's rights and environmental issues to name a few.

Joe, where is this all going to end? Damn it! I wish I knew, but we have to keep fighting for justice and equity till our last breath.