Alexi Laiho of Children of Bodom has passed away 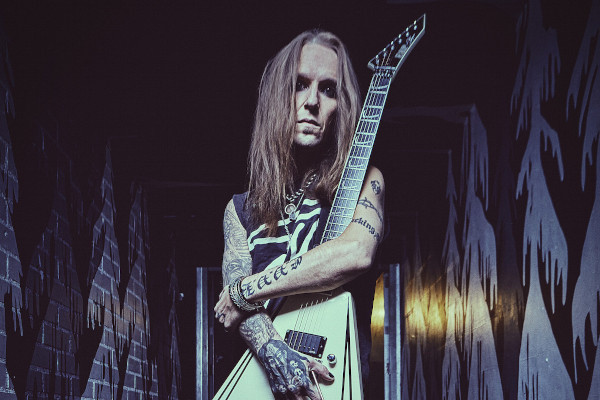 by Em Moore In Memoriam 2 years ago

Alexi Laiho, lead vocalist, guitarist, and founding member of Finnish metal band Children of Bodom has passed away at age 41. According to a press release Alexi Laiho passed away last week at his home in Helsinki, Finland and while no cause of death has been released, he “had suffered from long-term health issues during his last years”. A statement released by his Children of Bodom band members reads in part,

“More than 25 years of friendship. We lost a brother. The world lost a phenomenal song writer and one of the greatest guitarists of all time. Memories and Alexi’s music will live forever. Our thoughts are with Alexi’s family during this difficult time.”

Children of Bodom formed in 1997 and released ten studio albums, the last of which was Hexed released in 2019. Alexi Laiho formed Bodom After Midnight along with Daniel Freyberg, Mitja Toivonen, and Waltteri Väyrynen in 2020 and had finished recording three songs as well as a music video that will be released posthumously. Bodom After Midnight also released a statement that reads in part, “We are absolutely devastated and heartbroken for the sudden loss of our dear friend and band member.” We send our condolences to Alexi Laiho’s family and friends.

Statement from Bodom After Midnight:

It is with heavy hearts and great sadness that we have to announce the passing of Alexi Laiho. We are absolutely devastated and heartbroken for the sudden loss of our dear friend and band member.