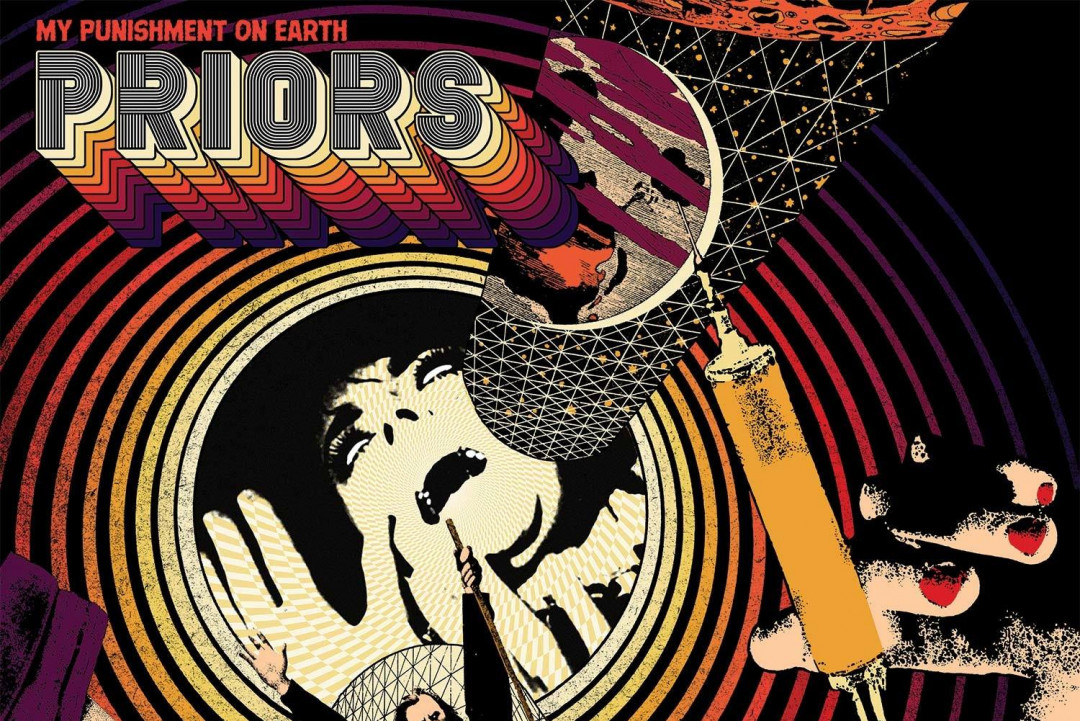 Montreal garage-punks PRIORS crawled through the 2020 gauntlet with a new LP completed but under wrap, waiting impatiently for the world to right itself. Of course, that never happened. In late December, the band finally threw up their arms and unleashed *My Punishment On Earth*, casting their third full length to the virulent winds on Belgium's Drink & Drive Records (with Brain Gum carrying the LP in North America). Today, we're thrilled to premiere the video for "Fox Force Five," the record's sinister new single. Check it out below.

Frontman Chance Hutchison revealed how the record came together:

I wrote the record during a year on unemployment after the company I was working for folded. I fell into heavy depression, and the only thing that was keeping me half sane was getting up every morning and writing for a few hours a day. I have about 200 songs from that year off that will likely never see the light of day, but a few of them have survived, including the ten on this record.

PRIORS recorded My Punishment On Earth with longtime producer Adrian Popovich (Tricky Woo, Mudie) at Montreal's Mountain City Studios. Harris Newman mastered the album. The new LP follows their 2018 New Pleasure LP and the Call For You EP, both of which were issued by Slovenly. During the summer lockdown, vocalist Chance Hutchison and his partner Jackie Blenkarn (of the Pale Lips) released a handful of home recordings as Chance & Jackie. Guitarist Maxime Desharnais also issued a self-titled cassette from his DEVO-core New Vogue side-gig.

This story is part of a reporting partnership between Punknews.org and Some Party, a weekly newsletter covering Canadian punk and related styles. Subscribe at someparty.ca.