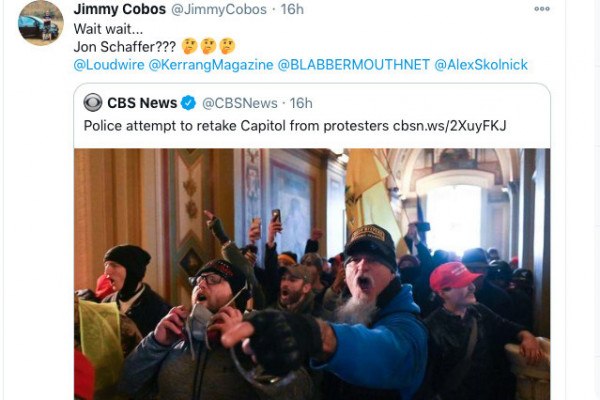 As you know, two weeks ago there was Chaos in DC when a mob of Trump supporters stormed the U.S. Capitol in an attempt to thwart the outgoing vice-president from certifying the results of the Presidential election. Iced Earth's Jon Schaffer was part of that mob. Recently, Schaffer was arrested by the FBI for his part in the insurrection. Via Twitter, the Indianapolis division of the FBI stated: "Jon Schaffer, Columbus, IN, has been arrested in connection to Jan 6 incident at the U.S. Capitol. Schaffer faces 6 charges including engaging in an act of physical violence in a Capitol building. Schaffer was allegedly among rioters who sprayed Capitol police with "bear spray.""

Iced Earth issued a statement. They said: "We absolutely DO NOT condone nor do we support riots or the acts of violence that the rioters were involved in on January 6th at the US Capitol building."

D.O.A. release video for "The Prisoner"