Penelope Houston talks the Avengers, a life in punk, and the Lookout Zoomout 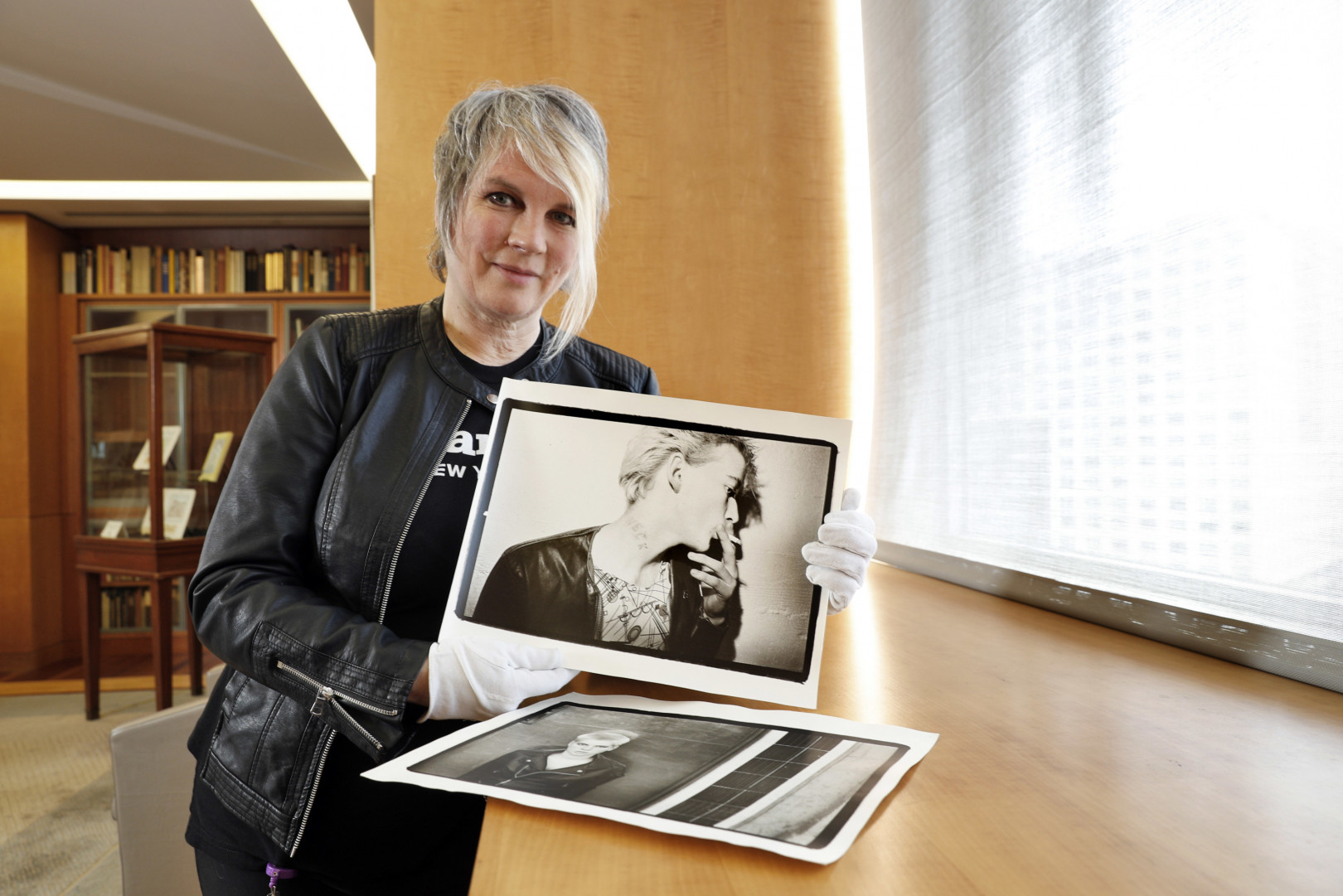 Penelope Houston of The Avengers is a legend. In addition to recording some of the fiercest first wave punk tracks ever, she has recorded tons of solo tracks traversing from punk to folk to pop to punk again. On top of that, she's remained active in the local Bay Area scene and is playing Lookout Zoomout #3 with Dr. Frank and Ted Leo this Sunday.

To that end, Punknews' David Wilkins recently sat down with Houston to discuss the life of a Punk Rock Lifer, playing in the Avengers, and the Lookout Zoomout. You can check it out below.

So Penelope, I don’t even know where to start, but why don’t you tell me what it’s been like being such an important part of this scene for over 40 years? It's Mind boggling, when we started in 77 we were just making some noise. Putting a splash of color in a black and white world. I didn’t realize this would be a big part of my life. The Avengers were together from 77 to 79, and then I didn’t do anything related to punk until LookOut - The pink album came out in 83, I had moved to England, and I wasn’t a part of it being put out. CD Presents was run by a crook. He kidnapped our publishing for 30 plus years. It took big lawsuits, and waiting 9 years. Post avengers - 79 - 80’s, I was kind of a multimedia artist, I wanted to do films, visual arts, costumes. I ended up coming back to SF and we basically started the neo folk scene here. I had my own band, we got signed to Warner Germany, and licensed to Reprieve, and then in 99, lookout asked if they could release the Avengers material. So working with Lookout I put a bunch of live records out. And we recorded three songs, that was Die for your Sins, and it did fairly well. We did a record release, and that was the first time I played live with the Avengers. So we started playing shows, and we got invited to play Europe, the U.S., and I was still doing my solo stuff. The Avengers have done many many shows, and I had my second album out, which had a couple songs I co-wrote with Jane and Charlotte from the Go-Go’s. So I had these two parallel careers going, and people just loved Avengers. The pink album got rereleased, and a few EPs. 2019 we did a tour, like a 33 date tour with Stiff Little Fingers, and we toured with Hector from Zeroes. It was super fun. What people are going to see on the Zoomout will be myself and Tom Haiman, and Mike Maltotow. The Avengers material likes to be loud, so the format of zoom doesn’t really work. Worked at the SF Public Library, and I got them to start the SF Punk Library, and I’ve tried to basically just organize the stuff that I left after I retired, so I’m still kind of curating that even though I’m retired. I’m also painting now, and I mostly paint mugshots, and there was one mug book called muzler, and I did a whole section of prostitutes and perverts. And now that I’m in quarantine, I’ve done a lot more painting.

How has the quarantine affected you, or your network? I feel bad for my friends who are real tour dogs. Chuck Profit he tours all the time. He’s been doing some online shows, but like radio hour, where he exposes people to Country music he likes. John Doe has been doing a lot of stuff. I should be able to see him in May in a front yard show.

You mentioned the indie folk stuff that you were being compared to. Who were some of the bands you were coming up with during that solo period? The bedlam rovers, Tonya Hunter, Chuck started doing stuff, American Music Club, and then it kind of morphed to psych folk, jolie hollins, and by the time I got onto Warners, Michelle Shock and Ani DiFranco. My inspirations were Leonard Cohen, Tom Waites, and Patti Smith. Tom Waites lyrics and storytelling. The songs were always very story oriented. We’ll probably do soul redeemer. I was taking a story of a woman on death row. She actually got out of Death Row, and sits in prison for life. The people who came from punk understand the DIY aspect. Also Botnot 1019, Camper Van Beethoven.

What was the difference in the two scenes? I feel like Punks of this era are much more accepting of the acoustic stuff than say in the 90’s. Absolutely, if you’re a punk and hate acoustic guitar, you’re going to have issues with Lookout Zoomout. I don’t know who’s coming out in the future, but I know Dr. Frank was playing acoustic. But, the people who came from punk understand the DIY aspect. Also Botnot 1019, Camper Van Beethoven.

Tell me about the Zoomout. Are you excited? This is going to be my first online show, and this is the last one. Grant said this would be the last one. Not continuing for the next few months.

What are some bands, from say the last 5 years, that have been following, coming up in your scene? Mayya and the Revolutionary Hell Yeah, are a local group. She was born in St. Petersburg, but started playing here. I think she may be playing solo now, but she’s amazing.

Let’s go back a bit. Who was the craziest or the most fun group you ever played with? P: Well, the Sex Pistols might have been the biggest crowd we ever played to. It was kind of a turning point for the band. I loved Stiff Little Fingers. I never got tired of hearing them play. I actually didn’t know that much of their music, they required we do all of the shows. They were in a tour bus, and we were in a little van. Opened for Leonard Cohen and Iggy Pop. We played a bunch of festivals like PRB and Riot Fest. There is always someone I’m interested in. Got to see Iggy at PRB, and also we played with Alice Bags, and she is inspiring. Some of my favorite musicians I’ve played with are Mark and Chuck Profit. The festivals are always crazy, playing before the Sweets at Oasis Fest. It’s great to hear stuff from your deep, deep past. We played with the Mutants a few times, and they are always super fun and are always super great.

What advice would you give to musicians that look at your career, and say “I want that.” Like I want to be playing music for the rest of my life. What worked for me is having a part-time job. I was able to take the time I needed, but I also had the stability of health insurance, and retirement. These are things that take some stress off of you, people who do it full time, make sure you love what you’re doing, and that you HAVE to do it. If you don’t really love what you’re doing, then you're just locking yourself in a van with people you might not like, to play to shows to customers who ignore you. You have to be totally crazy about it, and just love it because there will be times where . Like the Avengers, there was one show we traveled across the universe and there were 6 people there. You have to love what you’re doing. Never sign away your publishing, and use the “smell” test on anyone you’re doing business with. Then band members, it's not easy to be a band leader. You have to understand people's schedules and proclivities. I’m a multi-tasker, so I’m able to balance many things. I have to be able to paint at home. You have to be totally crazy and crazy about what you’re doing, or totally practical and level headed. You have to be small, yet infinite.

Well, thank you for doing this. It’s definitely a bucket list interview for me. Listening to The Avengers for almost 30 years. Thank you for supporting us, and I hope you check out the Zoomout.