Jack Terricloth of World/Inferno has passed away 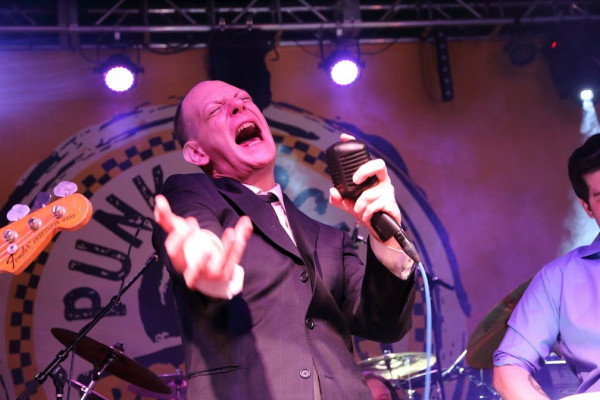 We are afraid that we have tragic news to report. Jack Terricloth has passed away. He was 50. The cause of death was not revealed.

The band released a statement, which you can read below.

Terricloth was born Peter Ventantonio. As a teenager, he was a member of the punk band Neurotic Impulse. After that band broke, he formed Sticks and Stones. His friend and long time collaborator Scott Hollingsworth would also play in that band. After Sticks and stones ended, Terricloth and Hollingsworth formed World/Inferno Friendship Society, one of the most unique and greatest punk bands of all time. The band would release a string of albums, including the iconic Red Eyed Soul and Addicted to Bad Ideas, which was an entire stage show based on the life of Peter Lorre. The last WIFS album was All Borders Are Porous to Cats .

Jack and the rest of World/Inferno played several Punknews events and each of those shows were among the best concerts we have ever seen. Terricloth was a living noir character that you could never quite fully understand. His talent was beyond the starts. We will miss him greatly. There will never be another. Rest in Peace and may you sing along with the Great Pumpkin.

Band statement: We are devastated to say that our guiding spirit, instigator, inciter—the person who, to most of us, lived under the name Jack Terricloth—has left us for the astral plane. We will be working on plans for a celebration of his extraordinary life. For now, we want to thank Jack for inspiring this remarkable community—something more than simply band, family, or scene—which changed the lives of so many people in ways which are hard to articulate, and which is perhaps the most enduring part of his legacy. Please raise a glass of your choice in his memory; we shall not see his like again.