Original art for back cover of Misfits LP sells for $35,100 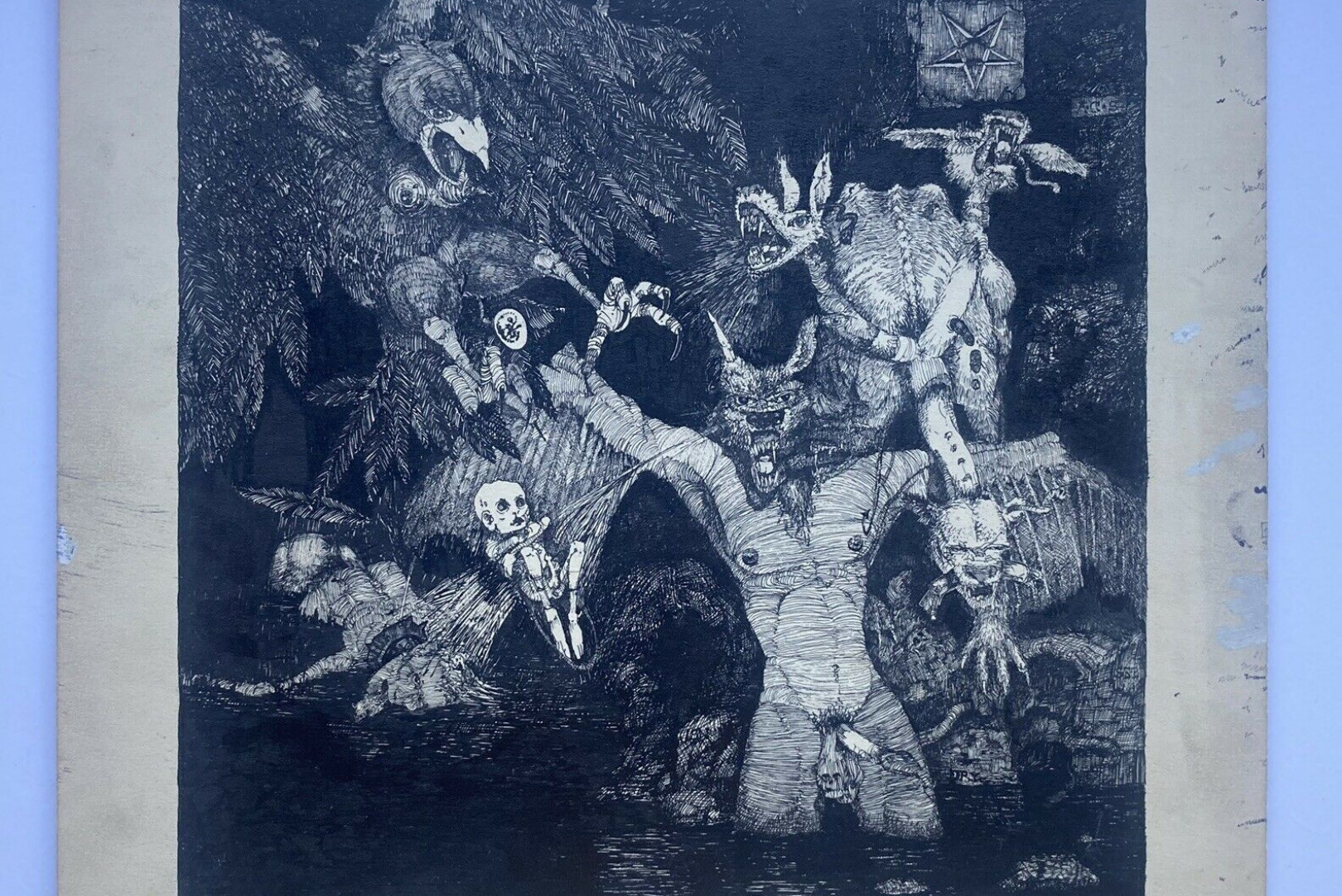 Earth A.D. / Wolf's Blood, released by the The Misfits in 1983, featured a back cover illustrated by Anthony Carroll Stockard. The image was originally created by Stockard for a series illustrating L’Allegro, a pastoral poem by John Milton written in 1645 and was originally published in the fanzine “Hymns for Heathen”, Austin, Texas, 1982.

The image was then spotted by Misfits' singer Glenn Danzig and used for the back of the album. At the end of May 2021, the original image went up for auction on Ebay. The bidding started at $5,000 and sold for $35,100. You can see the auction here.

The item was sold from Alaska. It is worth noting that Stockard worked as an architect in Alaska and passed away while residing there in 2019. Imn the mid 80s, Stockard was in The Uncalled 4, who released a 7-inch in 1985.

Rise Against release "Talking To Ourselves" video