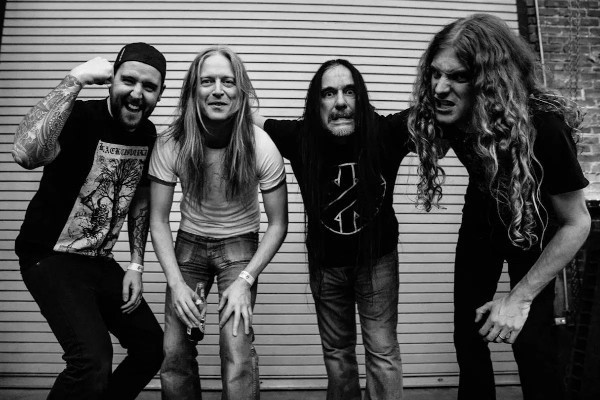 Carcass have announced details for their upcoming seventh album Torn Arteries. The album's release was pushed back due to the pandemic and will now be out September 17 via Nuclear Blast. The band have also released a new song called, "Kelly's Meat Emporium". Carcass released their sixth full-length album Surgical Steel in 2013. Check out the song and tracklist below.

2. Dance Of IXTAB (Psychopomp & Circumstance March No.1 in B)

4. Under The Scalpel Blade

5. The Devil Rides Out

9. Wake Up And Smell The Carcass/Caveat Emptor