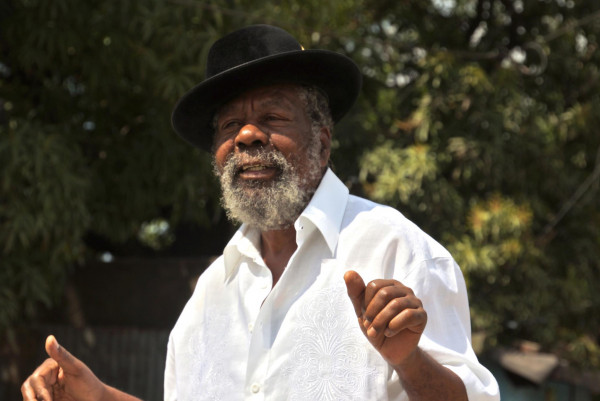 Mick Jones of The Clash is on the new album by iconic Jamaican toaster U-Roy. Jones is on the 15 minute closing track "Every Knee Shall Bow," along with Big Youth. (The track is then followed by a 15 minute dub version of the song mixed by Scientist. You can hear that below.

The new album is called Solid Gold and it's out via Trojan. Ziggy Marley, Santigold, Shaggy, David Hinds, Richie Spice, Tarrus Riley, Rhygin King and Robbie Shakespeare are also on the album. You can hear the whole thing here.

Exclusive Videos: Watch the new video from For Lack of a Term!