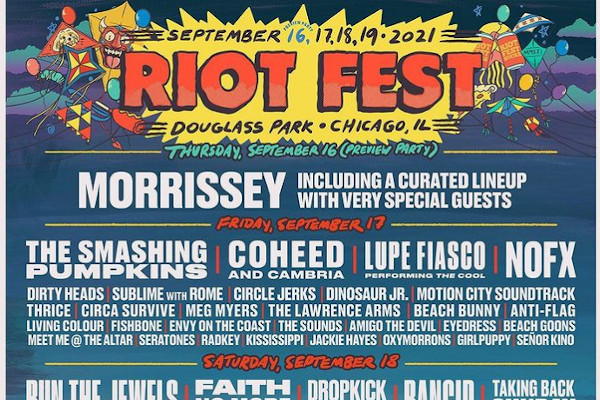 Riot Fest has announced that Slipknot will be replacing Nine Inch Nails as the headliner on Sunday, September 19. This comes after Nine Inch Nails announced that they would be cancelling all of their shows in 2021 due to COVID-19 concerns. Riot Fest has also announced that Morrissey will be playing and curating a lineup for the preview party on Thursday, September 16. The lineup for Thursday has yet to be announced. Tickets for Thursday are free for anyone with a three-day pass or Sunday tickets and all other ticket holders can purchase tickets with the proceeds to go to the Chicago Coalition for the Homeless. Riot Fest will take place September 16-19 at Douglass Park in Chicago, IL. See the updated poster and announcement below.