Benjamin Vallé, guitarist and co-founder of Viagra Boys, has passed away 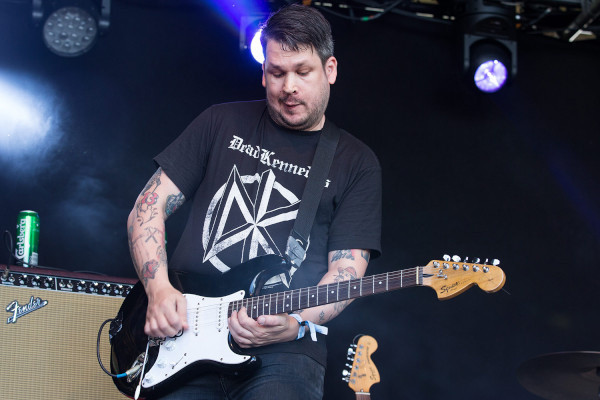 by Em Moore In Memoriam 30 weeks ago

Benjamin Vallé, guitarist and founding member of Sweden's Viagra Boys, has passed away. He was 47 years old. No cause of death has been revealed. The band announced his passing in a post on Instagram that reads,

"Verified it brings me great sadness to say that our beloved friend and founding member of viagra boys, Benjamin, has passed. Benjamin was loving and kind and the sweet memories we have together are countless. i cant stop crying while going through pictures of you but also laughing because you were one of the funniest, goofiest, people i had the pleasure of knowing. benjamin or ‘benis’ as we knew him, spread laughter and happiness wherever he went and i will cherish the memories we have of touring the world together. Benjamin, we love you with all of our hearts and Viagra Boys would have been nothing without you. This planet just lost one the good ones. I hope you’re somewhere up in space telling bad jokes to an alien. Goodnight my sweet boy. I’ll love you forever. Raise your glasses for benis. its what he’d have wanted."

Benjamin Vallé was a member of hardcore punk band Nine before going on to found Viagra Boys in 2015 along with Sebastian Murphy, Martin Ehrencron, Oskar Carls, Henrik Höckert, and Tor Sjödén. He played on their three EPs and two albums. Their second album Welfare Jazz was released earlier this year. We send our condolences to Benjamin Vallé's family, friends, and fans.

M(h)aol release "No One Ever Talks To Us" video