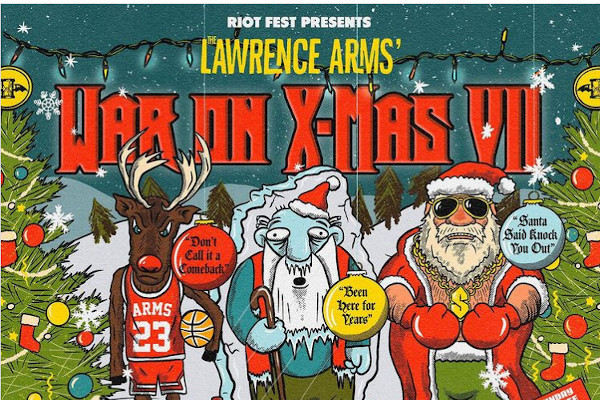 The Lawrence Arms have announced details for their War On X-Mas holiday shows. Direct Hit!, Evil Empire, Broadway Calls, Catbite, Elway, and The Muslims will be playing and a Sunday matinee has yet to be announced. The shows will take place December 9, 10, and 11 at the Chop Shop in Chicago, IL and a portion of the proceeds from ticket sales will go to the Greater Chicago Food Depository. Proof of vaccination or a negative PCR test taken within 72 hours is required for entry into the venue. The Lawrence Arms released Skeleton Coast in 2020.