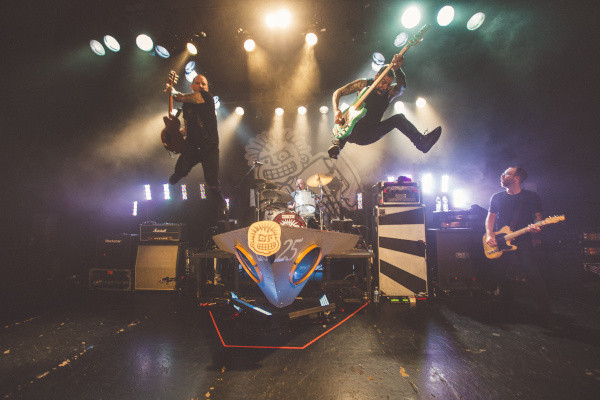 MxPx have released a video for their holiday song "Hold Your Tongue and Say Apple". The video was illustrated and animated by Callum Scott-Dyson. The song is a standalone single and is available digitally. The band will be playing two shows in April 2022 with Zebrahead, Bad Cop/Bad Cop, and Mercy Music. MxPx released their live album Southbound to San Antonio earlier this month and their last album was MxPx in 2018. Check out the video below.