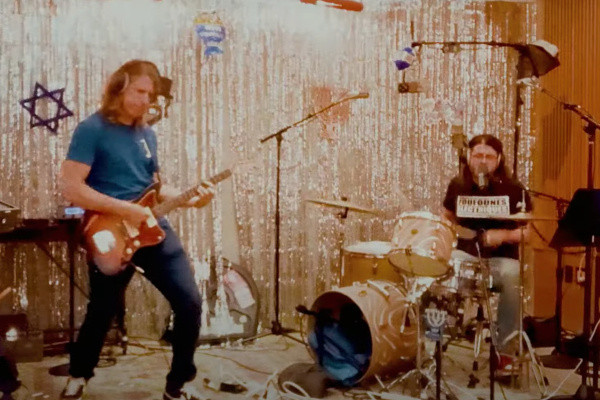 Dave Grohl and Foo Fighters producer Greg Kurstin have covered "Blitzkrieg Bop" by the Ramones. They covered it as part of their eight-night cover series called "The Hanukkah Sessions". The pair previously released "Stay (I Missed You)" by Lisa Loeb to mark night one. Foo Fighters were recently inducted into the Rock Hall of Fame and will be touring in 2022. They released their album Medicine at Midnight earlier this year. Check out the cover and tour dates below.