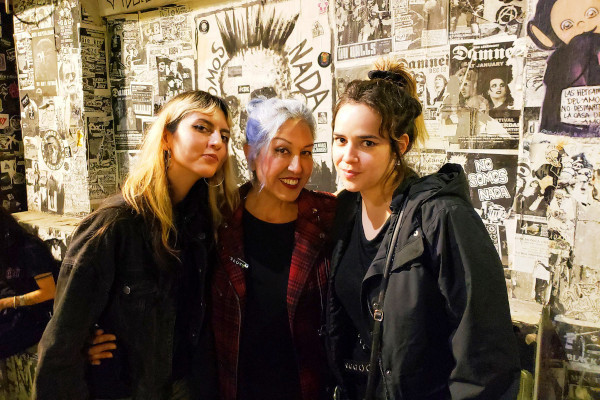 Alice Bag has released a new two-song digital single. The songs are called "Migajitas" and "Aviéntate Ya" and are the Spanish versions of "Breadcrumbs" and "Risk It" from Sister Dynamite respectively. The songs feature David Jones, Candace Hansen, Rikki Watson, and Sharif Dumani along with backing vocals from Sara Norman and Violeta Hinojosa of Mexico City based hardcore punk band Soga. They are out now digitally via In The Red Recordings. Alice Bag released Sister Dynamite in 2020. Check out the songs below.