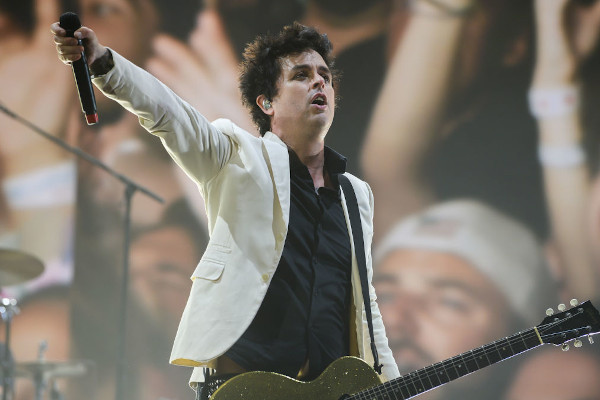 Billie Joe Armstrong of Green Day told the crowd during a Hella Mega Tour stop in the UK that he was renouncing his US citizenship. His statement comes after the US Supreme Court's decision to overturn Roe v. Wade. His full statement was caught on video and reads,

Fuck America. I'm fucking renouncing my citizenship. I'm fucking coming here. There's just too much fucking stupid in the world to go back to that miserable fucking excuse for a country. Oh, I'm not kidding. You're going to get a lot of me in the coming days.

Billie Joe Armstrong also yelled "Fuck the Supreme Court of America" before "American Idiot" started up. Green Day will be continuing their UK and European tour this month and into July. The band released their live album BBC Sessions in 2021 and released Father of All Motherfuckers in 2020. Check out the video below.