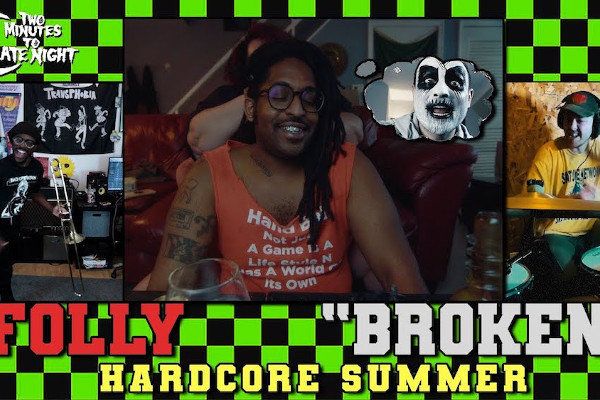 Pierce Jordan of Soul Glo, Jer of Skatune Network and We Are The Union, Tom Cantwell of Gouge Away and Angel Du$t, Tyler Harper of Capra, Jason Selvaggio of The Best of the Worst, Ben Parry of Catbite, and Mackenzie Doyle and Pip Matter of Grey Matter have teamed up to record a cover of "Broken" by Folly. The original version of the song appeared on Folly's album Resist Convenience that was released in 2006. The cover is part of Two Minutes to Late Night's ongoing "Hardcore Summer" series on YouTube. Check out the video below.