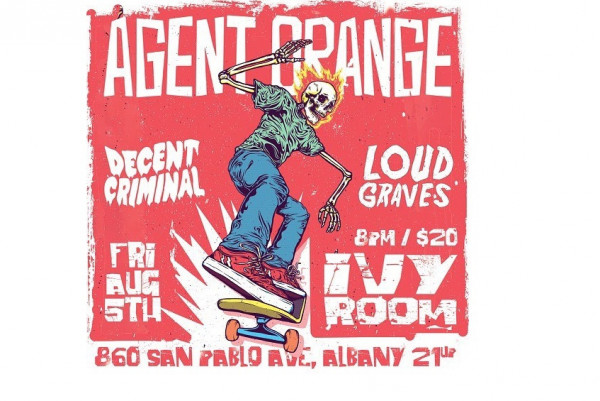 Dom Davi of Tsunami Bomb has formed a new band. (Dom is still in TB and that band is still active). The new band is called Loud Graves and their debut shiow is August 5 at the Ivy Room in Albany, California. they'll be opening for Agent Orange. Decent Criminal also play. Davi stated:

Now that I’m home, my next show is with my new band, Loud Graves! With members of The Hammerbombs, The Applicators, and Sayaka you know it will be a good time! If you’ve liked other bands I’ve been in, I really think you’ll like this. It has its own sound, and I’m really excited about this band. Please come out and spread the word!

Videos: Joyce Manor: "Did You Ever Know?"

Interviews: DFL talk the reissue of 'Grateful...' and their upcoming European tour