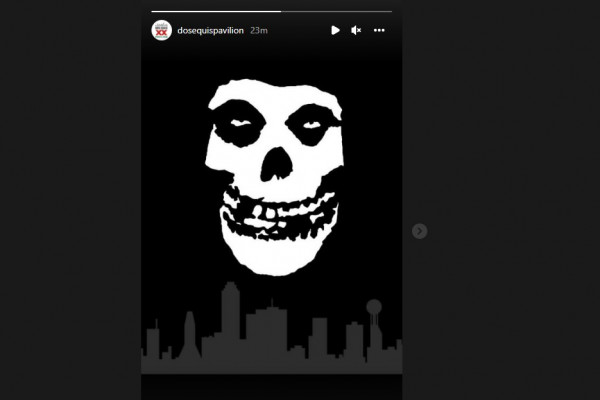 The "original" The Misfits are most likely going to play Dallas, Texas. Dos Equis Pavilion, which is in Dallas, posted a teaser image in its instagram stories which showed the Crimson Ghost logo over a Dallas skyline. The Misfits (or the the show promoter), have used similar teaser posts before announcing shows in other cities. We'll let you know when the show is announced.