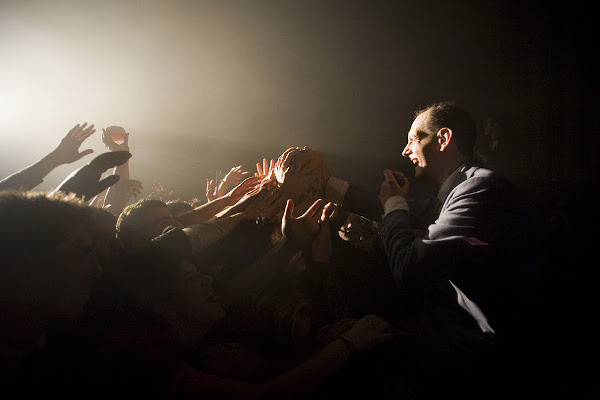 The Jack Terricloth Foundation, which formed after the tragic passing of Jack Terricloth of World/Inferno Friendship Society and Sticks & Stones last year, has announced the title and release date for the Jack Terricloth tribute album (the tracklist was released in May and includes Jeff Rosenstock, Catbite, The Bouncing Souls, Worriers, and The Unlovables). It is called Endless Possibility: A Tribute to Jack Terricloth and will be out everywhere October 31. All proceeds from the sale of the album will go to MusiCares and you can pre-order it right here. Jeff Rosenstock's cover of "Secret Service Freedom Fighting USA" has also been released. Kevin Higuchi and Laura Stevenson also play on the track. The Foundation has also announced more details about their upcoming memorial shows. There will be shows October 28, 29, 30, and 31 as well as a community gathering on the 29. More details on the gathering will be posted to the World/Inferno website in October. The show Check out the cover and dates below.