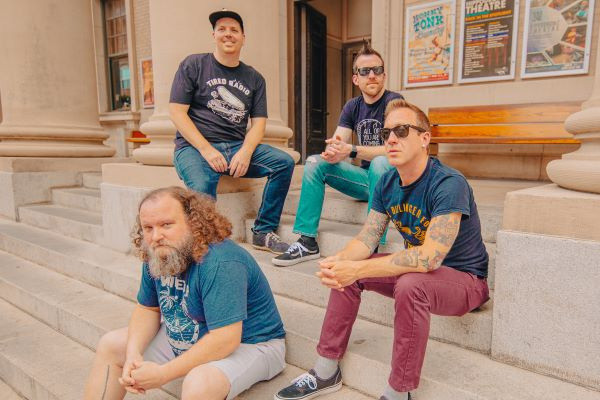 Washington, DC punks American Television have released a video for their new song "Moments". The video was filmed at the Black Cat in DC and was directed by Andy Zielinski. The song is off the FEST 20 COMP that was released earlier this month on Sell The Heart, Wiretap Records, and Rat Terror Records. Proceeds from the sale of the album will benefit Baltimore based organization Feed The Scene. American Television released their album Watch It Burn in 2020. Check out the video below.