After waiting for three months, we finally bring you our interview with Michael Todd, bassist of Coheed and Cambria.

My name is Michael and I play the bass

How would you describe your band to my grandma?

The stuff the band recorded as Shabutie - would you consider it a precursor to the CDs released under the Coheed & Cambria moniker?

Sure. For those of us that were in Shabutie this is just how we evolved as musicians. 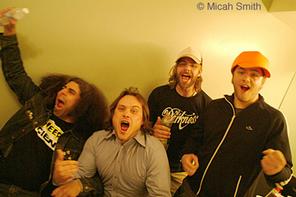 Is it true Claudio regrets writing in a character, Claudio, into the story?

The novel / comic book that correlates with your discography - what is the exact deal with that and when does it come out?

The first comic for second stage is near completion and we hope it will be out by summertime.

Which characters/persons does the story on the new album involve?

There are too many characters for me, the bassist, to get into. There's some new and some old.

The album sounds like some sort of tragic love story. Is it a personal one, or just a fictional story?

Art reflects life. But al the details are fictitious.

Is there any specific process you go through for songwriting?

It varies. Usually Claudio will bring some guitar parts (sometimes complete songs) and we'll arrange and write and rearrange until our hearts content.

How did Equal Vision find you?

A friend of ours dropped them a demo of ours and we met a few times, hung out and said "let's do this shit!"

How was the tour with Thursday and Thrice?

Would you ever consider moving to a bigger label?

If it makes sense, sure, why not? But we would never do anything to jeopardize our relationship with EVR. Because they are the best label and people in the world.

Are there any prospective dates for the tracking, recording, release, etc. of the next album?

We've started writing a bunch of shit that we're really excited about. If I had it my way, we would be recording it right away. But we're gonna tour this one for a little while more.

How do you feel about being lumped into the "emo" and "screamo" categories for seemingly no reason at all besides convenience?

I don't care. I agree with your sentiments about it but some people insist on putting labels on bands all the time. Time will tell how "emo" we are. Hopefully we'll still be playing when that scene is dead and gone. Tick Tock.

Are you sick of hearing the comparisons to Rush?

I was early on. But I like Rush. We should be so lucky as to have a career like theirs. There is worse bands to be compared to.

When do you plan on traveling to Europe?

Just got back. Just the UK though. "In keeping…" is being re-released in March over there so we'll see. But again, there's only so many days in a year, and I want to make more records.

Will the band continue to make music once Claudio's story is completed? Or will that be the end of the group?

We shall play on.

So what is a Velorium Camper, anyway? 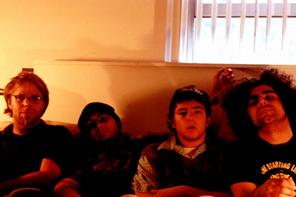 Since a majority of your songs are rather long, how do you think that will carry over this summer when you are on the Warped tour?

I like toying with the Idea of playing only our longest songs so our set would be like three songs long, but Its really no different than supporting a headliner. It worked out okay for us last summer.

And now, some user submitted questions:

"Who would win in a fight, Coheed or Cambria?"

"What kind of hair care regiment does Claudio have to go through to keep his hair looking that damned fine on tour?"

Nothing. Truth be told I think he wants to straighten it, but the shit is unmanageable.

"Why is my ex-girlfriend back with Mike Weiner, the guy that she cheated on me with?"

Maybe you didn't love her enough. Maybe your relationship suffered unbearably after the hurt of the initial cheating. But probably because he has a bigger dick.

"Do you guys roll eight sided dice to determine which songs you play/whether or not you slay the dragon?"

Thatâs funny. Umm.. No. Just to let everyone know, none of us ever played D&D or any shit like that. We just murdered people for money like normal kids.

"Why did Daddy leave?"

New mommy has a bigger dick.

Wings. Motherfucking wings. No contest. Digiorno is not what it professes to be. Delivery my ass…

No but I'll have a nice Cabernet.

Alright, we made it through those unscathed.

Lastly, Use the space below as a free space, you can say whatever you want here.

Questions compiled by Scott and Inagreendase.

Contests: The Less Than Jake guestlist extravaganza is over!