Consisting of members M. Shadows, Zacky Vengeance, Synyster Gates, Johnny Christ, and The Rev. Their first album was titled "Sounding the Seventh Trumpet, and was recorded when the band members were 18 years old. Their followup album was entitled Waking the Fallen, and received positive reference in Rolling Stone magazine. City of Evil, released on June 7, 2005, strays away from metalcore and ventures further into the relatively new genre of 'Melodicore'.

Recently M. Shadows' vocal stylings have changed more to focus on melodic singing than on hardcore. There was a rumor that it was due to Shadow's having strained vocal cords, but, like it says, it was just a rumor and is denied by A7X; he can still scream as well as ever. Although the band's title and members' sobriquets make obvious reference to religion, Shadows stated in a recent interview that they're "not really religious at all". And there have been suggestions that Johnny Christ practices Paganism.

The band's named is an alleged reference to the book of Genesis in the Bible and the story of Cain and Abel, where Cain is punished to live forever in exile, alone and miserable. Anyone who relieved Cain of his misery by killing him would be "avenged sevenfold," or punished in a way that is seven times worse than Cain's punishment. Avenged Sevenfold's song "Chapter Four" has a title reference to Genesis IV, the chapter of the Bible in which the sotry of Cain and Abel takes place. The song's subject also appears to be this story. 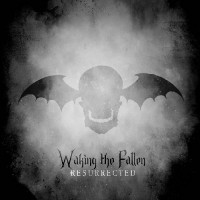