"The best rap metal band ever– Never bet against Ice T's metal project, Body Count. No others had so much bad ass attitude and in–yer–face rage. Shot – an emotive word with this lot! – during November 2004 at a special gig in LA, this is a commemoration of the past, and an affirmation for the future. Held in memory of the three original members of the band who died between 1996 and 2004, the show gives Ice T and longtime guitarist Ernie C the chance to bed in the new line–up, as Body Count tear through classics like 'Cop Killer' and 'KKK Bitch', plus the new, spiteful 'Murder 4 Hire'. It's a rabid performance. Full of bile, yet loaded with gutterwise charisma. A welcome chance to hear and witness the rebirth of the only rap metal band who truly took on politics and authority with two–fisted riffs and sawn–off lyrics. For Real. 8/10. Malcolm Dome, Metal Hammer, June 2006 issue, reviewing Body Count's 'Live In LA' DVD, released by Escapi Music on March 27th 2006.

'Murder 4 Hire' is Body Count's 4th studio album – the follow–up to 1997's 'Violent Demise: Last Days'. Several years in the making, recording began with original rhythm guitarist D–Roc early in 2004, but in summer 2004 D–Roc passed away from lymphoma. "For me, honestly," says Ice, "after something like that, you can either come to a dead stop or you can go on. I had to get over [him]. It was so emotional. We were in the middle of making the new record together and he goes and dies– It was like, 'Damn!' Soon enough, though, everybody was like, 'c'mon c'mon you gotta do it.' It was make–or–break" says Ice.

So he and lead guitarist Ernie C – flanked by now by young guns OT on drums, new member Bendrix on rhythm guitar and Vincent Price on bass, organized a one–off Memorial Concert for all three lost Body Count band members at the legendary Troubadour in Los Angeles on November 26th 2004. [Original bass player Mooseman was killed in a drive–by shooting in 2000 in South Central LA, and original drummer Beatmaster V had succumbed to leukaemia in 1996.] The resultant 'Live In LA' DVD perfectly captures Body Count's visceral, awesome live performance.

The reinvigorated band then went back into the studio in 2005 to continue working on 'Murder 4 Hire', a truly stunning hard rap–rock album bristling with attitude, energy, controversy, and most importantly, infectious melodies which just won't get out of your head. A triumphant return from one of rock's most magnificent, maverick bands! 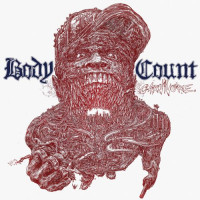 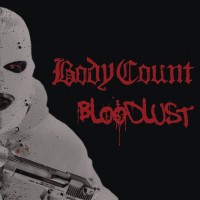