The band was formed in 2017. In August of that year, released a a single from their debut EP From the Unforgiving Arms of God, which was released on September 8, 2017. In early 2020, drummer Andrew McEnaney departed the band, and was replaced by ex-The Dillinger Escape Plan drummer Billy Rymer 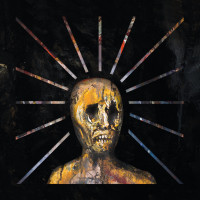 Splinters from an Ever-Changing Face

Patrick Kindlon (End of a Year, Self Defense Family)

James Carroll (Make Do and Mend)

James Carroll (Make, Do and Mend)

Patrick Kindlon (Self Defense Family/End of A Year)

David Combs on the Max Levine Ensemble, the end of Spoonboy, and DEATH

Ryan Young on Off With Their Heads Going Acoustic, Working With His Friends and More

Jess Townsend teaches YOU how to play the drums

Bands on "What the Descendents mean to me"

Vinnie Caruana on scrapping an album, touring solo, and friendship

Milo of the Descendents on his new EP, Trump, and Ronnie James Dio

An Extended Conversation with Chuck of the Mad Caddies