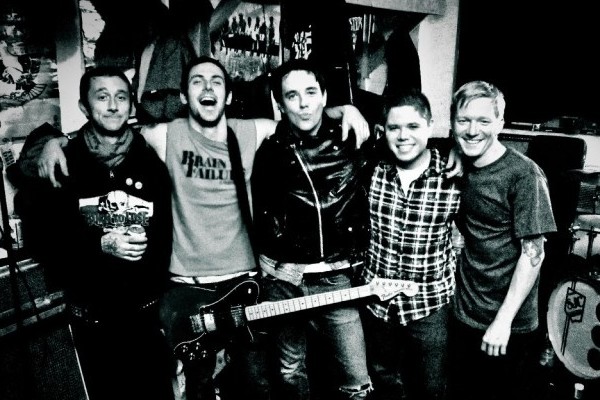 FAR FROM FINISHED took shape the way most bands do – they formed as a result of common teenage angst. In a town that had been tarnished with drugs, suicide, and a steadily increasing death rate among adolescents, playing in a punk band was one of the safest choices you could make.

The band's first full–length record, Eastside of Nowhere was released on GMM Records in April of 2005. This record featured a great cast of musicians including: Rob Guidotti, formerly of the Street Dogs, Mark Lind, Ducky Boys front man, and Spike Katz, formerly of the Kings Of Nuthin'.

"Young punks have no business writing songs this good. While other so–called street rockers are busy scrawling "pub" and "mates" into every verse, Far From Finished shoots straight to the head of the pack with a much needed injection of honesty, integrity and –gasp!– melody. East Side of Nowhere may just be the album that kick starts Boston's sluggish punk scene." – Jay Hale, Fat City Magazine

Living in the Fallout

East Side Of Nowhere