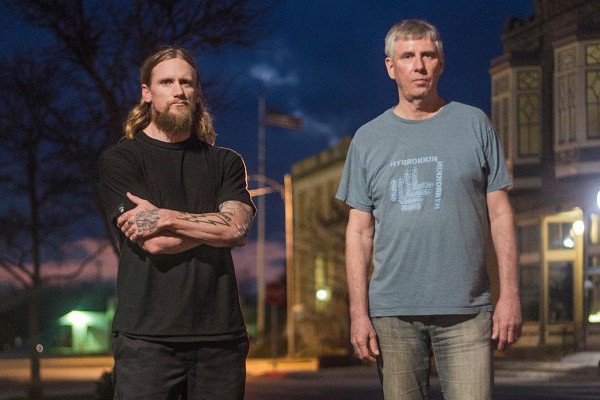 A new band featuring influential guitarist and bandleader Greg Ginn and professional skateboarder and musician Mike Vallely (aka Mike V). Featuring eleven uniquely distinct high–energy rock songs blistered with themes of betrayal, regret, disillusionment, resolve, determination and independence propelled by Ginn's distinctive, stun–gun guitar, Life is Too Short to Not Hold a Grudge sets a new course for both musicians and delivers a strong statement of intent that begs to be heard.

As the founder, guitarist and driving influence behind BLACK FLAG, Greg Ginn defined the west coast punk sound and the DIY ethos of punk rock. In many ways, Vallely is the perfect frontman to lead Ginn's first hard rock band since the dissolution of BLACK FLAG. A strong–willed, determined, intense and inspirational figure, Vallely (owner and creative mind behind Elephant Brand Skateboards) has earned a devoted, worldwide following over the course of his two decade plus career as a professional skateboarder and years fronting the bands Mike V and The Rats and Revolution Mother. The vocalist first saw BLACK FLAG perform at City Gardens in Trenton, New Jersey in 1984, crediting it as a life changing experience. Greg and Mike first met in Long Beach, CA in May 2003 when Mike V And The Rats started a supporting run of shows for Greg that would eventually lead to the guest vocal spot at the BLACK FLAG reunion shows. A friendship was formed and the two have kept in touch through the years with the intention of collaborating on new music at some point. In February 2012, Ginn presented Vallely with new music and the singer spent the next five months filling notebooks with lyrics. The duo's intense songwriting chemistry generated both a solid set of dynamic songs that would become Life Is Too Short To Not Hold A Grudge