In recent years, Guttermouth has received criticism from other punk rock bands for their outspoken refusal to support organizations like Punk Voter. While the band's political alignment hasn't been plainly stated as liberal or conservative, some of their song lyrics suggest that they lean farther to the right than to the left. They have also stated, in tracks such as "Party of Two" and "Gold," that they are apathetic towards the electoral system and politics in general. Lead singer Mark Adkins has expressed his disgust with individuals in the punk scene who subscribe to leftâ€“wing ideals simply because their favorite bands feel that way.

Guttermouth was kicked off of the 2004 Vans Warped Tour because Adkins and other members wore clothing that supported the George W. Bush administration and verbally abused other bands while these bands played. The band claimed that, while they don't necessarily support George W. Bush, they were angered by the number of politically ignorant individuals who spouted leftist rhetoric only because their favorite bands did as well. According to Adkins, these bands, and those they verbally abused on stage, care more about money and their clothing than the music they make. 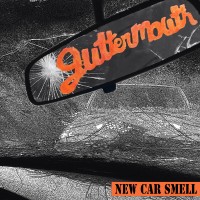 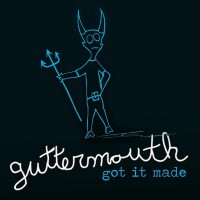