Photo: Dan Almasy
The group was formed in 2004 by Steve Brooks (ex-Floor), Juan Montoya (ex-Floor, ex-Cavity, ex-Ed Matus Struggle), Jonathan NuÃ±ez and Rick Smith (who also played in the grindcore bands Shitstorm, Tyranny of Shaw, Adore Miridia, the screamo band Tunes for Bears to Dance To), and punk band Post-Teens. According to MTracks.com: "Their music has a unique, hard-hitting sound that provokes a wide range of emotions, and they have a large fan base throughout the world." They have toured with Mogwai, Isis, Pelican, Black Cobra, Baroness, Jesu, The Sword, Coheed and Cambria, Stinking Lizaveta, Harvey Milk, Boris, and High on Fire. Steve Brooks, however, has said that they don't consider themselves a metal band. In describing the band's sound, Smith said in an interview: "To me it's mostly a combination of everything we listen to collectively as a band. We take what we like from what we grew up on and use it as creatively as we can. I think the meshing of different sounds comes naturally just because we all have different musical backgrounds yet have a ton of common interests." In terms of touring, Brooks said Torche is getting more of a young crowd.

On April 8, 2008, the band released their second full-length, entitled Meanderthal. It was produced by Kurt Ballou (Converge, Genghis Tron). It was met with critical acclaim, including that from Decibel Magazine who ranked Meanderthal No. 1 on their list of the Top 40 Extreme Albums of 2008 as well as an 8.2/10 by Pitchfork Media. In an interview, Brooks said the band themselves came up with the album's concept in terms of artwork and packaging, along with Aaron Turner. Brooks has also said that in terms of writing material, the band focuses on what they like, rather than worrying about a "backlash" from their fans.

Guitarist Stephen Brooks is one of the few openly gay musicians in the metal scene. He did an interview round table in 2008 on thestranger.com with other openly gay musicians such as Brian Cook (Russian Circles, These Arms Are Snakes, Botch), and Juan Velazquez of Abe Vigoda.

In late 2008 Juan Montoya left the band, a move credited to musical differences. Steve Brooks said "He is an amazing guitarist, but we are just not on the same page... but Torche will still carry on as a 3 piece band". As of 2010, Juan Montoya joined up with ex-Bloodsimple members Bevan Davies and Kyle Sanders, and Charlie Suarez of Sunday Driver to create the band "MonstrO" In an interview with Malia James, Brooks revealed that Montoya's departure was acrimonious, and involved physical violence between the two of them.

Torche embarked on tours with bands such as dredg in April 2009, and another with a reunited Harvey Milk. The band opened for Coheed and Cambria on their headlining tour alongside Circa Survive in spring 2010. One of Torche's earliest festival performances was at Incubate in 2006. After that, the band played at SXSW in 2008.

On January 14, 2011, it was announced on the Riverfront Times Blog that Andrew Elstner (Riddle of Steel, Tilts) will be joining Torche. 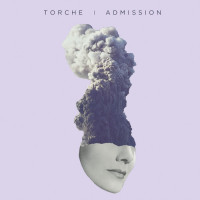 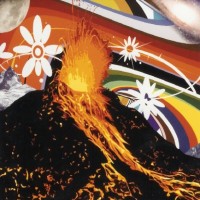