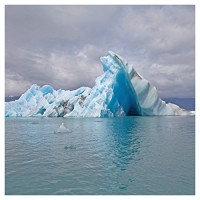 I love Surfer Blood, and most of you around here know how hard the passing of guitarist Thomas Fekete was on me as a fan (especially after interviewing him twice), but without him, Surfer Blood is starting to…. not… rock. It pains me to write that.

Well, ok, they still rock, but they’ve been turning down the volume the past two albums and I miss the Surfer Blood of yesteryear (even though they only formed 8 years ago). Their debut Astro Coast got a 9/10 review from me and then nabbed my #3 spot on my Top 20 of 2010, a mid-fi fuzzy gem, mixing youthful energy with mature-beyond-their-years explorations of what modern indie rock could be. The got signed to Atlantic and released the follow-up, Pythons in 2012 to much less internet buzz, but to me it was a perfect record (in fact, I gave it a very rare new-record 10/10 score). It was a shoe-in as my #1 spot of that year, with the pumped-up production playing well to their strengths--Weezer-loving power pop with 90s-indie smarts--plus a dash of emo-ish screams this time around.

Similar to how Weezer took a turn in artistic direction when key member Matt Sharp left to focus on The Rentals, Surfer Blood took a turn with 1000 Palms, album number three. They hadn’t lost a member (yet), but Thomas Fekete had been under chemo and various other treatments for his cancer when the album was written and recorded, and while I’m just making a guess here, his disease and subjection to a myriad of medical procedures surely zapped his energy, and likely caused a lower amount of his input into the album’s whole creation. This may not be true, but it’s the feeling I get when I listen to 1000 Palms, an enjoyable record in melodic elements and production (despite being back on an indie label, Joyful Noise), but it didn’t rock as hard with the unhinged screaming that peppered Pythons completely gone and the guitar leads dialed back significantly in number and volume. After losing Fekete to his disease last May (for further information on that, read my interview with him conducted in the two months before his death). With 50% of the band being different from the first two albums it’s no wonder the band sounds different. In an interview on the website Baebel Music, JP Pitts admits ”...the actual writing process was challenging. I always had the benefit of Thomas and Kevin there with me to help me finish ideas, connect parts or rethink a song so it's an overly loud guitar-driven song.” In addition to the death of Fekete, original bassist Kevin Williams left to pursue a career opportunity in Austin, Texas.

The new record I’m supposed to be talking about, Snowdonia, has a similar tone to Palms, while simultaneously having a completely different visual feel--y’know, the snow and everything throughout the artwork--while the band had mostly stuck to tropical and warm vibes (sharks, palm trees) previously. It’s their first album not to hit double digits in number of songs with only 8 tracks, probably due to the title track being 7 and a half minutes, their longest song to date. That song, “Snowdonia,” is the album’s centerpiece and is a solid track with several different vibes and tempos throughout its running, featuring their skills at weaving guitar lines together in the intro (with especially cool melodic basslines as well) but not a single segment melts my face like older tracks such as “Swim” (Astro Coast) or “Weird Shapes” (Pythons). “Instant Doppelgangers” starts out with a catchy cascading guitar line and is quite enjoyable, albeit light in feel. The opener “Matter of Time” does get things going with some energy, with its on-the-beat double-time drum beats (not saying it’s the double time of NOFX and the like, where the snare lands on the off-beat) and medium-fuzz guitars, and I had a good feeling about the record when I popped the CD in. The song is great, (it’s even got 6/4 sections and I’m a sucker for unusual time signatures) and it’s not the reason for my overall lukewarm response to the record. As things progress after that song, I lose track of things until the back half of the tracklist, hence not mentioning anything about tracks 2, 3 or 4 before the title track hits at number 5.

I went back to listen to track 4, “Six Flags in F or G” and the beginning section is downright silly sounding, like some sort of old west hoedown or something. The second section goes to a more typical Surfer Blood groove, with nice background vocals including new-ish bassist Lindsey Mills. She sings quite a bit on the record and is a welcome addition; her tone compliments Pitt’s voice well. Mike McCleary, who took over for Fekete on guitar when he was too sick to tour 1000 Palms, has a nice wah pedal solo in the middle of the tune as well. While the guy’s no slouch, but he doesn’t go as over-the-top as Fekete did, with less aggressive pedal settings/distortion/fuzz, and he doesn’t tend to get up in that super high, catchy lead-line zone that Fekete was so great at nailing.

“Taking Care of Eddy,” hidden at track 7 of 8, is finally what I have been looking for, remedying what I was whining about in this review’s opening paragraphs. It’s like they got hit with a bolt of electricity (or drank a Red Bull) with its zippy tempo and undeniable melody over alternating clean and distorted sections. It’s even got crunchy, slightly dissonant string bends, and a segment that sounds like some sort of punk rock snake charmer music. It takes a drastic tempo and mood shift a couple minutes in, capping off a very interesting and complex song, something that reminds me of Astro Coast tunes like “Anchorage” and “Harmonix.”

While the reverb and delay chaos of their breakout single “Swim” in 2010 and their guitar fuzz all over Astro Coast is what drew me to Surfer Blood initially, John Paul Pitts’ melodic prowess is what keeps me listening, even on a more chill album like Snowdonia. Something about his melodies and vocal timbre just hooks me and won’t let go. I just wish they would pump the volume back up!

Dave Hause: Bury Me In Philly