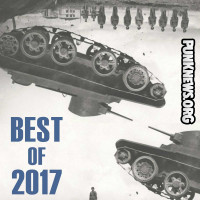 Hey there. So this is my first time compiling a top ten-anything list for anyone. Turns out, it’s an interesting process. I had a few records that I knew were going to land here, but it was definitely cool to think back on what music really left an impression this year.

I have a habit of spinning new records for a little while and then retreating back to the trusty old LPs of years past. In fact, that’s how my brain tends to react that way to new music, organizing sounds by way of what I’ve previously heard. One of the great aspects of this year in music though was how so many bands shot for ingenuity over the same old thing. But now that you’ve had a glimpse into my erratic trains of thought, here are my top lists of LPs and EPs from 2017.

Final disclaimer though. Yes, there is a seemingly disproportionate amount of Long Island bands on the lists. Yes, I’m from Long Island. No, I’m not a homer. Long Island just had a great year in music. 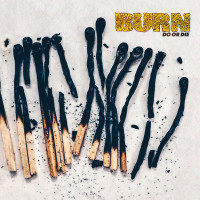 So here's an intimidating task: after spending nearly thirty years as an on-again-off-again innovative hardcore band, write your first ever full-length record. That's exactly what Burn did this year. Despite a nearly impossible benchmark to live up to given their early EP releases, this record totally holds up in the Burn catalogue. Chaka and Gavin got it together and wrote some amazing songs on this LP. The title track is a banger as is "Ill Together." 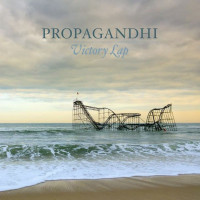 It's been five long years since Propagandhi's last full-length, and the timeliness of their new LP is not lost on me, that's for sure. They're not reinventing their particular wheel on this one, but they're offering up another great record filled with palatable and insightful ruminations on our crappy world. I absolutely love "Cop Just Out of Frame" for both its lyrical content and its trademark Propagandhi sound. 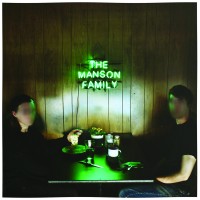 I love this record most for its genre-bending style. The record teeters between mid-tempo Weezer-esque rock and faster almost-Fugazi post-hardcore offerings. The lyrics are clever and there are some legitimately catchy guitar leads on this LP. The variety in the song writing adds great dimension to this LP. Give "Sitting on the Fringe" and "Surrounded by Morons" a listen here. 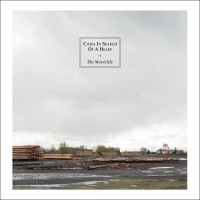 7. The Movielife: Cities In Search Of A Heart

Comeback records are dicey business. But what I really enjoy about The Movielife's return here is that it's both a continuation and a fresh start. There are clearly the melodic sensibilities that brought them to great heights in the early 2000s here. But this LP also rings with a more mature and refined sound. "Laugh Ourselves to Death" and "Pour Two Glasses" show, in very different ways, that this record has a lot to offer. 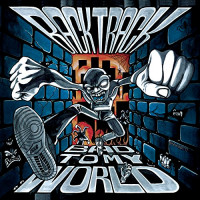 6. Backtrack: Bad to My World

I know this one came out just a month ago, but it's been in constant rotation for me. Backtrack up their game on this one. I love the progression from their last LP, as they harness a more dynamic guitar sound and angrier vocal deliveries. There's a candor to this full-length that is felt straight through the entire record. They are the best of the thrashy hardcore bands, and this LP simply reinforces that. 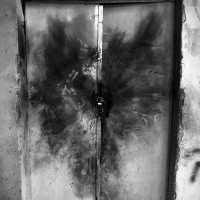 An irreverent hardcore-ish release from an eclectic group of musicians. Yes they're all from other celebrated bands, but the members of Open City manage to cultivate a sound apart from their other endeavors. Every time I listen to this LP, I think of a modernized and angrier Dischord Records feel. Dissonant and confrontational, this record moves with emotion and insight. "Whose God" is a favorite track on this one. 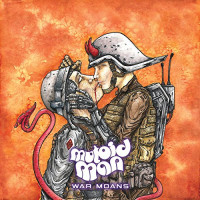 Fun. That's what this LP is all about. Brodsky and friends offer up great guitar work and similarly strong vocals on a quirky but just-aggressive-enough full-length. They blend metal and rock wonderfully. This is a nice change of pace in an otherwise way too serious underground. And their live shows absolutely kill. 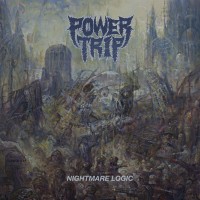 I've always loved Power Trip's crossover appeal in both sound and ethos. This LP also shows their undeniable ability to write great songs that draw in all sorts of listeners. "Executioner's Tax" recently won Metal Song of the Year at the Loudwire Music Awards. Cool, but also well-deserved. This LP shreds. 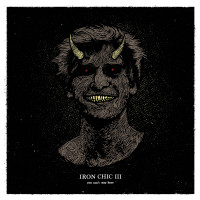 What is there really left to say about Iron Chic. They're the most dependable of punk bands and this LP reflects that. It rocks with all the melodic existential introspection we've come to expect from Iron Chic. Quirky songs about modern life, a truly unbeatable mix. I can listen to "To Shreds, You Say?" all day and I suggest you do the same. 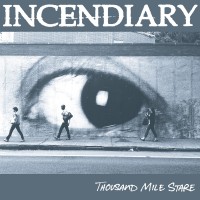 From start to finish, this album brims with anger and engagement. It has everything every great record needs. There's great musicianship, strong production, thoughtful lyrical content, and a demonstrable progression from earlier releases. I really can't say enough about this record. "No Purity" and "The Product is You" are my favorite tracks from this my top LP of 2017. 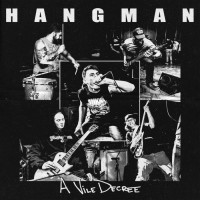 For a first release, this EP is nicely written and recorded. A hardcore band through and through, Hangman mix a modern heaviness with the traditionally speedy movements of older bands. There are definitely some cool guitar harmonics and leads peppered throughout the EP too. And as an homage to their antagonistic forebears, "Abandoned" features guest vocals by Brian from Neglect. An apt choice for a band whose fury is one of their strongest traits. 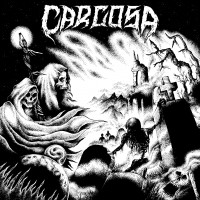 I'm not really sure how to accurately or even fairly categorize Carcosa's self-titled EP. I think the best description is, simply, heavy. This release is heavy in a way that dispenses with ignorant chugga mosh hardcore. It's not heavy in an objectively metal way either. Carcosa exists somewhere between genres and that's probably why this EP is so good. The musicianship is undeniable too. "Pillager" is my favorite track on this heavy as all get out EP. 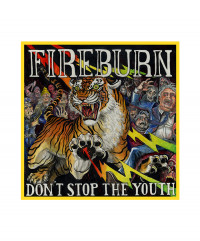 To say that this is for fans of Bad Brains would be redundant on many levels, despite its accuracy. More than anything, this EP gives Israel Joseph I his fair shake is a great vocalist. Yes, he's eerily close to HR. But so what? Not many are anyway. And this EP is a shot of adrenaline for those who appreciate hardcore punk played at breakneck speed. Keep in mind that you're only really getting three hardcore punk songs here. But those three songs are well worth it. 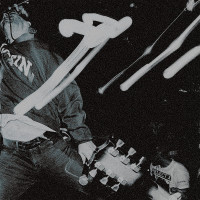 Free is a very important band in hardcore. They bring an intellectualism and thoughtfulness to hardcore that is desperately needed. What's better is that they do so with little pretense or aloofness. This EP anthematic, heavy, and well-written. "Equity Head" is the best of four great songs on this release. 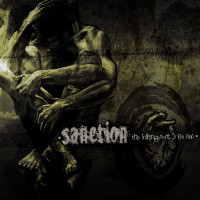 1. Sanction: The Infringement of God's Plan

The level of musicianship is what first grabbed me on this EP. Every member of Sanction seems to know exactly how to complement the overall sound of the band. The guitars are both highly technical and yet simplistically ominous, a strong trait for any metallic hardcore band. The bass and drums pound steadily, and the vocals bring everything together. Sanction is bringing heaviness and metal and hardcore along for a ride that is much bigger than any one of those singular sounds. This EP is a great introduction to a band on the rise.


So it goes for a strong year in music, at least for the genres I enjoy. I’m hoping 2018 brings more of the same.